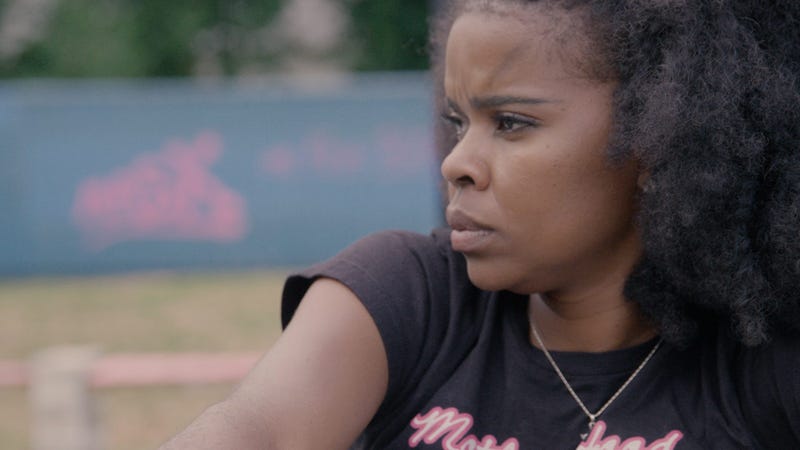 PHILADELPHIA (KYW Newsradio) — The recent anti-Semitic content shared by the Eagles’ DeSean Jackson has spurred a lot of conversations about relations between Black and Jewish communities. Timely enough, the Gershman Philadelphia Jewish Film Festival begins a special series on Monday, July 13, which focuses on exactly that.

The first film premiere, “They Ain't Ready for Me,” directed by Brad Rothschild, delves right into the theme of this year’s festival which is exploring the intersection of Black and Jewish experiences in America.

In his documentary, Tamar Manasseh, a Black Jewish woman from the South Side of Chicago, counters gun violence and crime in her neighborhood by sitting on the corner everyday with other volunteers from the block.

“We occupy the corner of 75th and Stewart every single day. The idea behind it was you tell me the bad areas where there are gang beefs and I’ll take these women and we’ll set up and it’ll stop everything from happening because nobody wants to shoot anybody’s mother,” Manasseh says in a clip from the movie trailer.

“It’s really to me the work that she does everyday on the block that needs to be shown to the world,” said director Brad Rothschild. “This story is really from the first day of summer vacation until the day school starts back. That’s when Tamar and her organization Mothers/Men Against Senseless Killings (MASK), that’s when they’re on that corner everyday. That’s when Tamar’s Judaism and her activism merge to save people and to create an environment where kids can be kids and play and feel safe and secure and get a meal,” he continued.

Menasseh, a mother of two teenagers, credits being a mother and her Jewish faith for the success her grassroots activism has had in bringing crime down in the Chicago neighborhood. She says she just couldn’t sit back and wait to get one of those phone calls about her child being shot.

Manasseh believes her model to solving gun violence could help other cities across the nation.

“People don’t get gun violence is not about the guns, it’s the poverty, it’s the conditions that create the gun violence that we should be working on. If you struggle with food insecurity, unemployment, homelessness, terrible educational systems, if you deal with all of those things in Philadelphia, guess what you’re gonna have? Gun violence. Just like we have it on the South Side. That’s why I believe that this model can work kind of anywhere. We’re all suffering from the same ailment,” she said.

Rothschild is hoping the documentary will help amplify Menasseh’s work and message.

“This is how we’re gonna change the world. I’m excited about that,” said Menasseh.

The film is just one of four features in a special series which will premiere each Monday beginning July 13 through August 3.

Olivia Antsis is curator for the series, which has been in the works since 2018. She says the objective is to bring diverse communities together to engage in dialogue and become better neighbors and allies.

“We hope that 'Shared Stories: The Intersection of Black and Jewish Experiences in America' will inspire dialogue and meaningful conversations, increase empathy and understanding, encourage further learning, and spur one to take action in whatever way feels right to them,” said Antsis.

You can find tickets and more information about the Gershman Philadelphia Jewish Film Festival at their website.