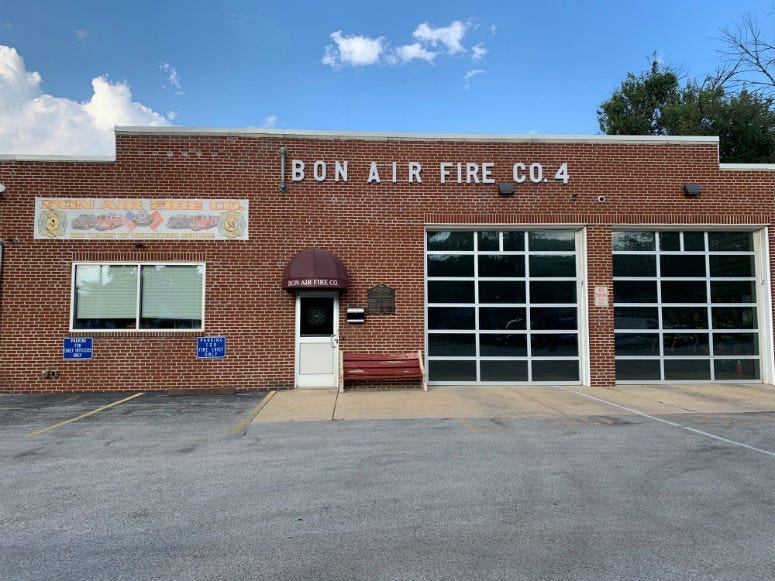 September 9, 2019 09/09/2019 8:12 pm
PHILADELPHIA (KYW Newsradio) — After a volunteer fire company declined to accept a firefighter's resignation due to his ties to an extremist organization, the fire company now says it agrees with Haverford Township's decision to shut it down.

This was enough to get the Haverford Township Board of Commissioners to reinstate the fire company at a meeting Monday night, although there are more steps before it officially reopens.

#BREAKING: Haverford Township Board of Commissioners recommend that Bon Air Fire Company be reinstated less than a week after it was shut down amid controversy @KYWNewsradio pic.twitter.com/8K9R5aPoFR

"It sounds reasonable to me without knowing what’s underneath it all. I’m all for community respecting one another in every way possible. In that regard, it seems like a reasonable outcome," said resident Lou Montesor, who attended the meeting.

In a statement issued Monday, Bon Air Fire Company said its initial judgment to refuse the firefighter's resignation was a "mistake," and it agrees with the township's ultimate action.

"The volunteer's participation in the activities of the hate group was a bad lapse of judgment," read the statement. "It is important that all volunteers who represent the Township do so free from bias and without discrimination.

"In focusing on our relationship with the individual volunteer, the Fire Company did not recognize the broader impact of our decision on the Haverford community."

The volunteer firefighter had participated in part of the initiation process for the Proud Boys, an extremist group defined by the Anti-Defamation League as "overtly Islamophobic and misogynistic," and "anti-Semitic and racist."

The Proud Boys, however, claim to be a "fraternal organization" that is "strongly anti-racist."

Following public outrage of how the closure of the fire company was handled, Bon Air continued to say it will take "several steps" to provide tolerance and anti-bias training within the company, including "revising existing anti-discrimination policies to specifically provide that volunteers who engage in hate speech or join hate groups are not welcome in the Bon Air Fire Company."

Bon Air also plans to review the "composition" of its board and be "more inclusive" of its members going forward.

The company said it has now accepted the firefighter's resignation, deemed valid from the date it was offered.

In the statement, fire officials say they will now work to restore the community's trust.

The township says it will address the situation with the community, as well as the fate of the fire company, at a Board of Commissioners meeting Monday at 7 p.m.