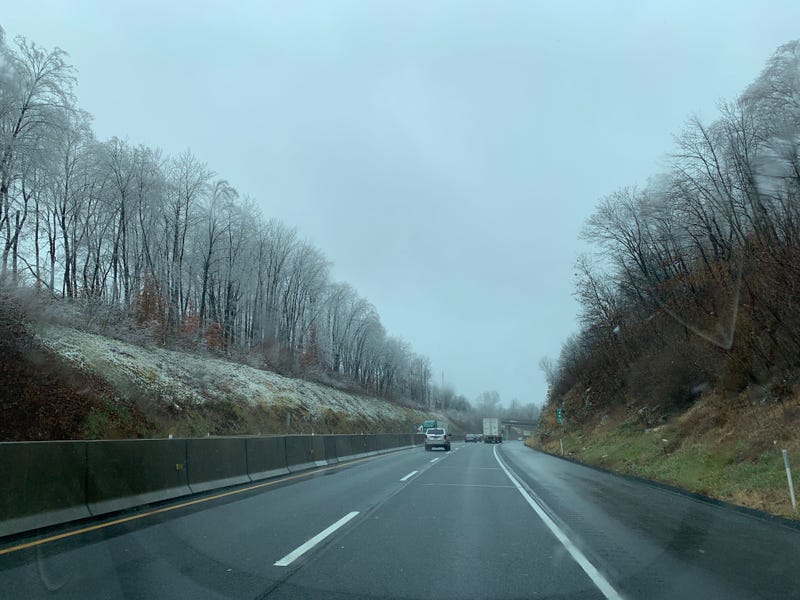 PHILADELPHIA (KYW Newsradio) — The Philadelphia region expects its first significant snowfall of the season on Monday.

A winter storm warning kicked in at 6 a.m. for the northern suburbs, and a winter weather advisory started at 9 a.m. for the city and South Jersey.

Dozens of schools in the area are closed. Lower Merion schools are closing early. The Philadelphia School District has not announced any changes to the school day.

Among the districts closed for the day is the Centennial School District in Warminster, Pa., which has given about 6,000 students, staff and faculty an extension to their Thanksgiving holiday weekend.

With temperatures in the 30s and rain failling earlier in the morning, many people who spoke to KYW Newsradio said they think calling a snow day was premature.

Anthony Jackson from West Philadelphia says this would never happen when he was a kid.

Dan Brown in Warminster said if the school district ends up unnecesasrily burning up a snow day, then they will have to make up for it at the end of the year.

He says he doesn't remember this happening when he was a student.

"I lived up in Northern Bucks County," he said. "So when it snowed, it had to really bad for the schools to close."

John White of Warminster says, unfortunately, his daughter, who has an 18-month-old son, had to scramble Monday morning.

"She just moved back from Utah four months ago, and she just can't believe that Pennsylvania, here in Bucks County, they're closing the school that her son goes to because of the snow," he said. "And now she is going to have trouble finding somebody to watch the baby while she is at work."

Snow has started falling. Accumulations of three to five inches are predicted, and everyone will soon see if the school districts have made the right call.

Meanwhile, PennDOT trucks are positioned along highways throughout the region and ready to roll.

PennDOT's Chelsea Lacey-Mabe, who is monitoring operations in Philadelphia and the suburban counties, says the trucks are fully loaded with salt, and drivers have the plow blades at the ready.

"As soon as an inch or more accumulates, the plow blades go down," she said.

Lacey-Mabe says PennDOT has a full call-out for equipment to battle the storm.

"More than 180 plow trucks," she said, "and then we'll have contractor trucks as needed, depending on the county. And it looks like our far northern and western suburbs will be dealing with more accumulation."

Lacey-Mabe says PennDOT has plenty of salt on hand: more than 130,000 tons spread throughout Philadelphia and the five-county region.

PennDOT has issued a ban on all commercial vehicles on Interstates 78 and 80 to New Jersey.

SEPTA officials say they are running a regular afternoon and evening schedule, but they are encouraging riders to keep a close eye on their trains.

The Pennsylvania Turnpike has also reduced the speed limit to 45 mph on the Northeast Extension north of the Pocono interchange to Clarks Summit and has banned all double trailers, empty trailers, non-commercial vehicles pulling trailers, recreational vehicles and motorcycles in that area of the turnpike.

And at Philadelphia International Airport, the FAA has issued a traffic management plan because of weather and low ceilings.

What this means is some arriving flights to Philly could be delayed an average of 55 minutes.

Travelers are urged to check with their airlines to see if flights are affected. A check of the big board at the airport shows more than two dozen flight cancellations so far today and about 50 delayed flights as a result of the FAA action.