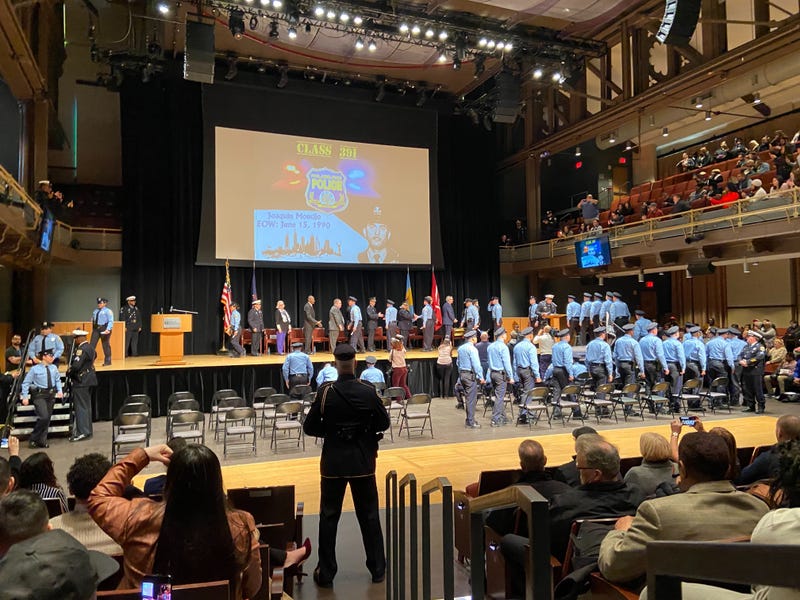 More than three dozen cadets stepped up to the stage at Temple University to salute top brass and officially graduate as the first academy class under Commissioner Danielle Outlaw.

Among the newly sworn in: Officer Benson Churgai. The 24-year-old is the first openly transgender officer to come through the academy.

At first, he was nervous to tell his graduating class.

“I came out to them about how the (police) patch symbolizes different words, about how we have different words — honor, service and integrity — on the badge. With integrity, it’s about being truthful, and I wanted to be truthful with them,” he said.

To his surprise, they stood up and gave him a standing ovation.

Congratulations to Class 391 as they finish up their training and prepare for Friday’s graduation. The best training academy staff in the country has produced another class of outstanding law enforcement professionals. @PPDVJohnson @PhillyPolice @PPDSteveClark pic.twitter.com/DaAG3LWYe8

Our graduating class getting their badges pinned on by loved ones which helps remind them to never tarnish it. @PPDSteveClark @PPDVJohnson @PhillyPolice pic.twitter.com/92Niy2m7dh

Over the last several months, Churgai went through all the physical training, adhering to the male guidelines.

“I didn’t get any special privileges,” he noted. “I got held to all the same standards as every other male recruit in the academy, and I was able to pass all the requirements.”

He hopes to continue to advocate and educate both the community and fellow officers through the department’s Gay Officers Action League (GOAL).