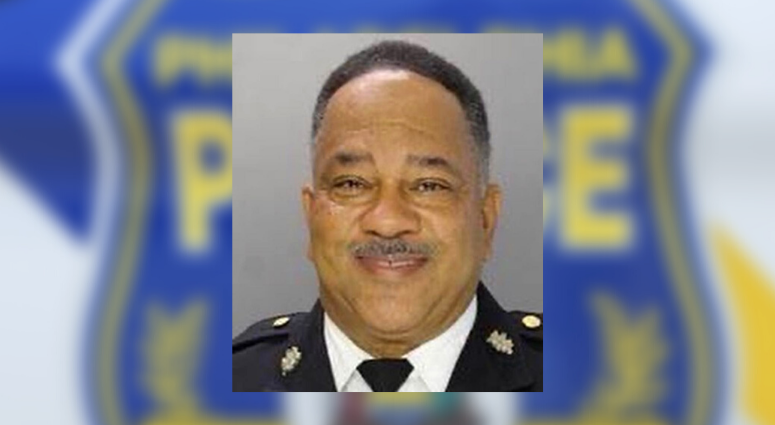 Top brass, the mayor, family and friends gathered inside Deliverance Evangelistic Church in North Philadelphia to honor Walker, including his wife, two daughters, two grandchildren, and a nephew who is also in the police department.

Rev. Clarence Washington spoke of Walker’s nearly 33-year career, ranging from Internal Affairs and the Narcotics Strike Force to his last post as a commander in the Traffic Division.

“But when got in line for his home in heaven, I can see Michael and Gabriel standing up, getting ready to welcome him as he stood at the gate and said, ‘Lt. James Walker, reporting for duty,’ ” Washington said.

“Like many before him, Capt. Walker gave his life in service to this city and to our precious communities,” she said. “However, unlike his predecessors, Capt. Walker’s end of watch came from an unseen adversary: the COVID-19 virus.”

“Capt. Walker’s death is a heartbreaking reminder that the virus is affecting people throughout the community,” added Mayor Jim Kenney, “especially those on the front lines. Your sacrifices are not lost on us, or your fellow Philadelphians.”

Walker was set to retire at the end of the year. He was 59 when he died on April 5 at Abington Hospital-Jefferson Health.

Officer Jose Novoa, who also died from the virus, will be buried on Monday.