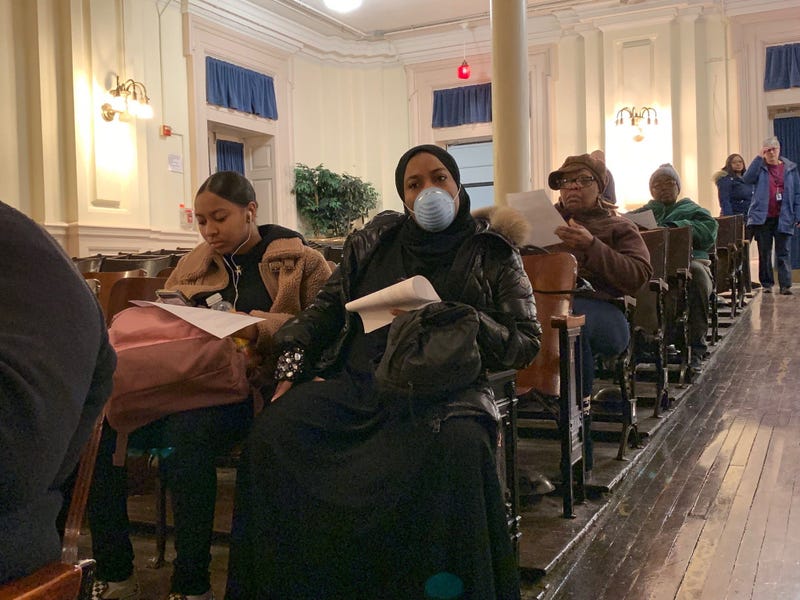 January 2, 2020 01/02/2020 4:54 pm
PHILADELPHIA (KYW Newsradio) — After a two-week closure due to asbestos abatement, the Franklin Learning Center has reopened. But some are still insisting on more to be done.

A few dozen parents and students — several wearing face masks — gathered in the auditorium Thursday morning for an informational meeting. The high school at 15th and Wallace streets has been closed since Dec. 17 after asbestos was discovered in pipe insulation and heating shafts.

Jim Creedon, facilities chief for the School District of Philadelphia, said the asbestos-wrapped pipe in an air shaft was probably there when the building was built decades ago.

“None of us have the ability to tell you when it was damaged. But what I can tell you is, the testing we did showed that where the damage was, that the air movement did not cause asbestos to be moved throughout the building,” he explained. “It was limited to that area.”

“The parents have to organize and stop sending their children into these toxic schools until there is a plan in place,” she said. “I know it's going to be painful for a month or a couple of weeks — you don't know where your kids are going to go. But in 20 years, you don't want your children to have cancer.”

The district said there is a plan to remove asbestos, but 174 Philadelphia schools have asbestos in them — and there’s a backlog of 424 separate cases where the cancer-causing material needs to be removed.

Six Philadelphia schools had to close in 2019 because of asbestos issues.