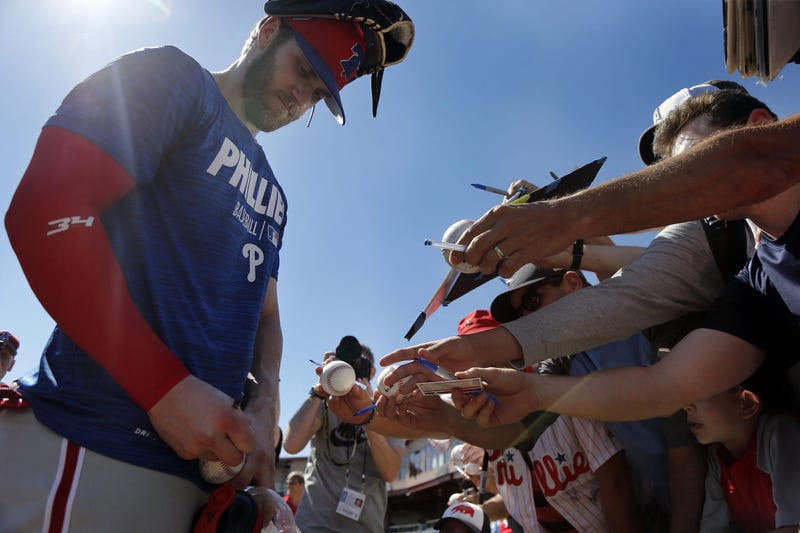 March 4, 2019 03/04/2019 8:29 pm
PHILADELPHIA (KYW Newsradio) — As merchandise for the new Phillies star Bryce Harper flies off the shelves, fans are also thinking of flying to Clearwater, Florida, to get a first look at the team in spring training.
Anyone planning to head to the Sunshine State should be prepared to spend —  ticket sales and travel to Florida have already increased after last week's signing of Harper.

This place is BUZZING thanks to @Bharper3407 pic.twitter.com/5gYDDIEL9M

"I was on the phone with a client trying to make reservations and my phone kept lighting up with one call after the other," said Karen Fisher, senior travel agent for AAA Mid-Atlantic.

She said most people normally reserve their Phillies spring training trips in January for as little as $300. However, anyone attempting to get to Clearwater now is going to pay a lot more.

Fisher advises that it could be a better idea to pack up the family for a 20-hour drive and make a road trip out of it.

Either way, Phillies fans will get their first look at Harper in the red pinstripes this Saturday against the Toronto Blue Jays in Clearwater.