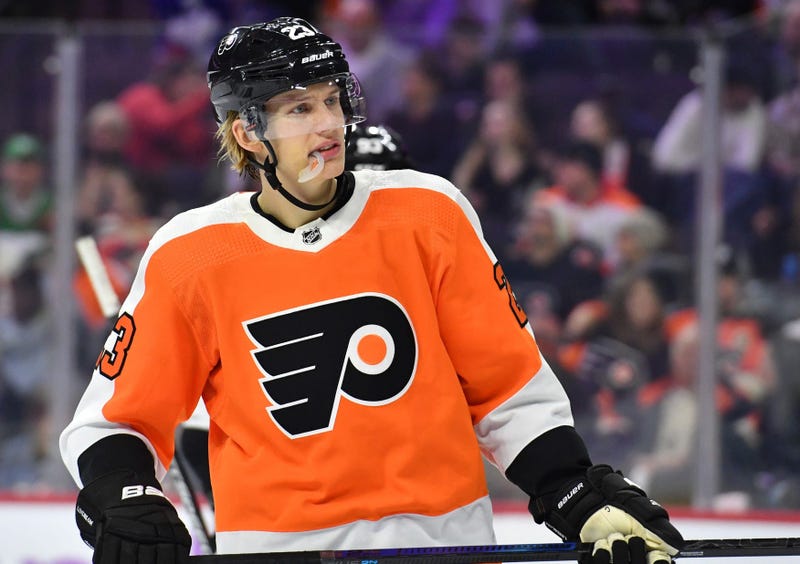 PHILADELPHIA (KYW Newsradio) — In a year where good news is hard to come by, the Flyers posted a tweet on Tuesday that gave everybody something to smile about.

Flyers forward Oskar Lindblom, 23, has been getting treated for Ewing’s sarcoma, a rare bone cancer, which ended his season in December.

On Tuesday, Lindblom was on the ice at the Skate Zone in Voorhees, N.J., participating in a voluntary, small group workout.

“It was great,” said Lindblom, who told Flyers Senior Director of Communications Zack Hill that, while it wasn’t his first time skating since his diagnosis, there’s been a considerable amount of time between skates. “The only thing I’m waiting for right now is to be done with my chemo and get back with the team and play some hockey. That would be unreal to get back to real life again and have fun.”

“I don’t have a lot left. I’m gonna have it done soon. I can see the light in the tunnel right now and I’m trying to enjoy my life as it is, and I can’t complain. I can’t complain. People have it worse, and I’m just happy to be where I am right now.”

Lindblom won’t be playing when the Flyers resume their season with the playoffs later this summer. He said the team has a chance for a great playoff run.

Flyers President of Hockey Operations and General Manager Chuck Fletcher released a statement on Tuesday that read, “It was great to see him out there. He looked really good on the ice. His hands are still there. It is remarkable to think that, with all the treatments that he has had, he was able to go out there today and still show the skill and still have the stamina to skate for about 35 to 40 minutes.

“It’s a great sign for him and very exciting to think that, with all going well in the future, he’s going to return to play for us.”

Fletcher emphasized that during Phase 2 of the NHL’s return-to-play process, there are very strict safety guidelines and rules — making the Skate Zone “a very safe environment, safer than most places.”