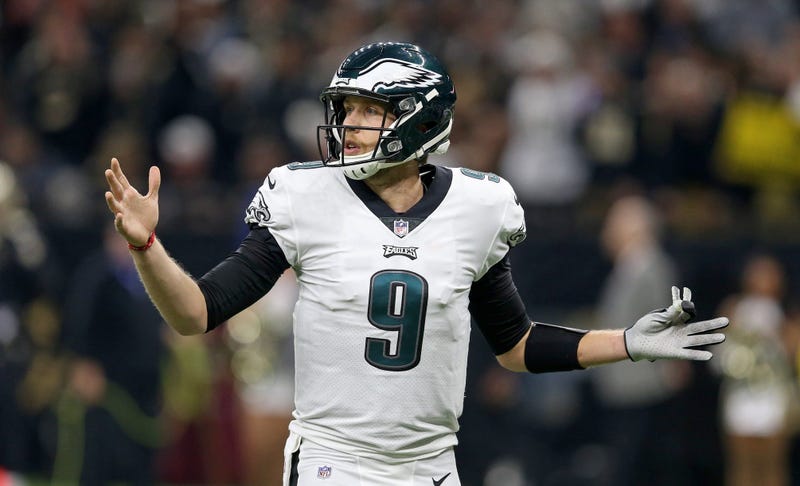 According to multiple reports, Foles is expected to sign with the Jacksonville Jaguars when free agency begins on March 13. It is unclear how much money is involved, but the deal is expected to be a multi-year one that should cement Foles as the Jaguars’ starting quarterback.

Foles hitting the free agent market became a guarantee when top personnel director Howie Roseman stated at the NFL Combine last week that he would not be placing the franchise tag on Foles.

Foles heading to Jacksonville, something Roseman likely had a hint about, is likely why.

With Foles in Jacksonville, the Eagles’ Super Bowl winning quarterback is about as out-of-sight, out-of-mind as he could get for the Eagles. Foles will not only be in the AFC, but the Jaguars aren’t slated to play the Eagles until 2022, which is four seasons from now. Four seasons is an eternity in the NFL, so by the time the Eagles play the Jaguars, things could be very, very different.

As of now, the only time the Eagles would see Foles prior to 2022 would be in the Super Bowl. If that happens, both sides — the Eagles and Foles — will likely be happy how things turned out.

Foles taking the Jaguars to the Super Bowl, however, is hard to envision.

The Jaguars do have a rock-solid defense, but their offense was a disaster last season, and their skill-position players leave much to be desired. The division Foles is entering is one of the best in the NFL, with the three teams ahead of him — Houston Texans, Indianapolis Colts and Tennessee Titans — all capable of making the playoffs. The Texans and Colts might be Super Bowl contenders in 2019.

It is also fair to wonder about the coaches around Foles. Head coach Doug Marrone has coached on the offensive side of the ball, but mostly along the offensive line. Offensive coordinator John DeFilippo has a history with Foles, but his one season in Minnesota should create at least some skepticism about his ability to lead an offense outside of Philadelphia and with Doug Pederson.

Chances are, Foles will go to the Jaguars, improve the team slightly, but won’t play in the big games he was accustomed to winning in Philadelphia. He might not even be the Jaguars quarterback by the time 2022 comes along. For those in Philadelphia that want to be proven correct about Foles not being that good, Jacksonville is the perfect landing spot, as the chances of him proving the Eagles wrong down in Florida are slim-to-none.

For the Eagles, the idea of Foles heading to a division opponent — especially a landing spot like the Giants — was the worst-case scenario. The Giants are loaded with talent on offense and always play the Eagles tough. Foles taking on Carson Wentz, and the potential storylines that would follow if the Eagles didn't win, is the last thing the Eagles needed as they try to re-build their franchise quarterback.

None of that will happen in Jacksonville, which is why Roseman, Wentz and the Eagles are likely thrilled to see Foles heading to the South.