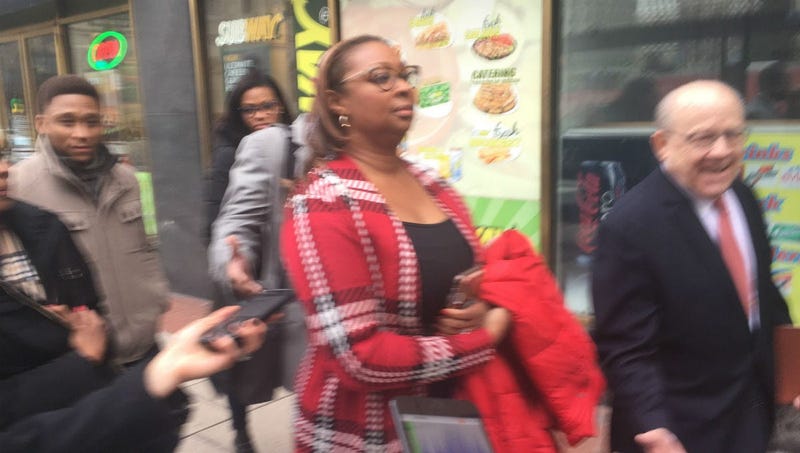 January 3, 2019 01/03/2019 4:35 pm
PHILADELPHIA (KYW Newsradio) — A former aide to Michael Nutter, charged by the state Attorney General with stealing thousands of dollars from the Mayor’s Fund, appeared in court Thursday morning to waive her preliminary hearing.

Desiree Peterkin-Bell will move forward in court proceedings, after waiving her preliminary hearing, which is held for the state to present evidence to a judge to uphold the charges. Her attorneys Walter Weir and Michael Sterling say she’s eager to move the process along quickly.

"We are eager to expedite the process. The AG's office had a year and half to investigate these charges, we’ve only had a month and a half," her attorney Michael Sterling said.

Weir said, "Understand, we don’t have any of the documentation. The commonwealth is under the obligation to deliver that to us now. Once we get that, we will go through it, and there will be time enough to go through it, and we believe that at the end of the day she will be exonerated."

Prosecutors say Peterkin-Bell stole $20,000 of public funds to pay for lavish vacations and shopping trips, and they say she misused $225,000 donated by the city for the annual bike race to pay for other events like the Forbes 30 under 30 party.

Sterling says the allegations are untrue.

Her arraignment is set for Jan. 17.