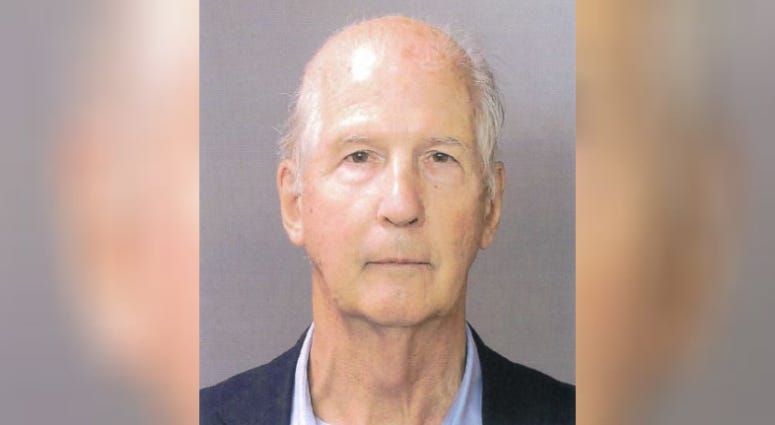 Francis Trauger is accused of fondling two young altar boys at separate times — one in the mid-'90s, another in the early 2000s — at Saint Michael the Archangel Church in Levittown. The boys, who were each about 12 at the time, said it happened while the priest was helping them get their robes on before Mass.

He now faces charges on the corruption of minors and indecent assault.

"It is supposed to be the proudest, most glorious day of your life for you and your family to be selected to be closer to God, but this is what happened to these two boys," said Bucks County District Attorney Matt Weintraub. "He abused his position of power in the name of God and the Catholic Church to molest these young men."

Trauger was named in a Philadelphia grand jury report in 2005, and he also had connections to Monsignor William Lynn’s since-overturned conviction on protecting pedophile priests.

Kenneth Gavin, chief communications officer for the Archdiocese of Philadelphia, said Trauger was placed on administrative leave from active ministry in 2003 and officially removed from the priesthood in 2005.

Gavin noted these current criminal charges against Trauger are based on allegations the archdiocese first received in August 2018, which they immediately turned over to law enforcement.

The Bucks County District Attorney's Office is asking any other possible victims to come forward. Depending on a victim's date of birth and when the assault occurred, Weintraub said the statute of limitations may extend until the accuser’s 50th birthday.

Michael McDonnell is not involved with this case, but he came forward with similar allegations against Trauger. He said Trauger molested him in 1981 at St. Titus parish in East Norriton.

"(Trauger was) transferred eight times in his career — six times to other large parishes after I was abused in 1981. Six more times he was transferred," McDonnell emphasized.

No charges were ever brought in his case. His heart goes out to the latest accusers, but he’s relieved to see criminal charges finally filed.

"You robbed a lot of life out of a good kid," he continued. "I was a good kid. But I’m gonna watch you be brought to justice now."

Trauger was arraigned Tuesday and released on unsecured bail set at $250,000.