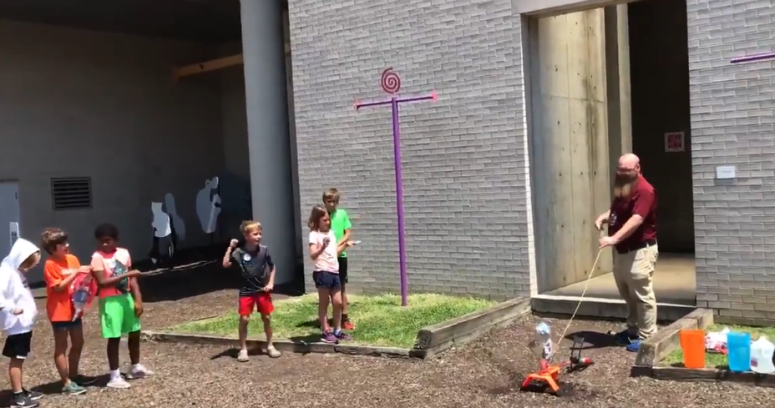 July 16, 2019 07/16/2019 11:33 pm
PHILADELPHIA (KYW Newsradio) — Kids participating in a science camp at the Franklin Institute celebrated the launch of Apollo 11 by making model rockets and then testing them out.

Day campers designed bottle rockets with the help of Boeing engineers. Then, Franklin institute staff members filled the empty soda bottles up with water and pumped air into it, and then it was liftoff.

Philip Mouser, 8, of Haverford, was proud of his group's creation and is learning a few things too.

"The Apollo 11 is one of the first to be on the moon," he explained.

"I pretty much want to be an astronaut if some of my jobs do not work out, like I wanted to be a professional sports player or a nurse. You always have your dreams," he added.

.@TheFranklin day campers celebrate #Apollo11 blasting off 50 years ago today with designing and launching bottle rockets of their own. pic.twitter.com/gFu6iZLZ8u

"The goal here is to expose kids to STEM topics," said the institute's chief astronomer Derrick Pitts. "And it is everything across the board. It is the science, the technology, the engineering, the mathematics. But we give them the chance to indulge in their curiosity about science whether it's about space or if it's about technology or model making, about any of those sorts of things."

An Apollo 11 documentary is being shown over the summer in the museum's Imax theater.