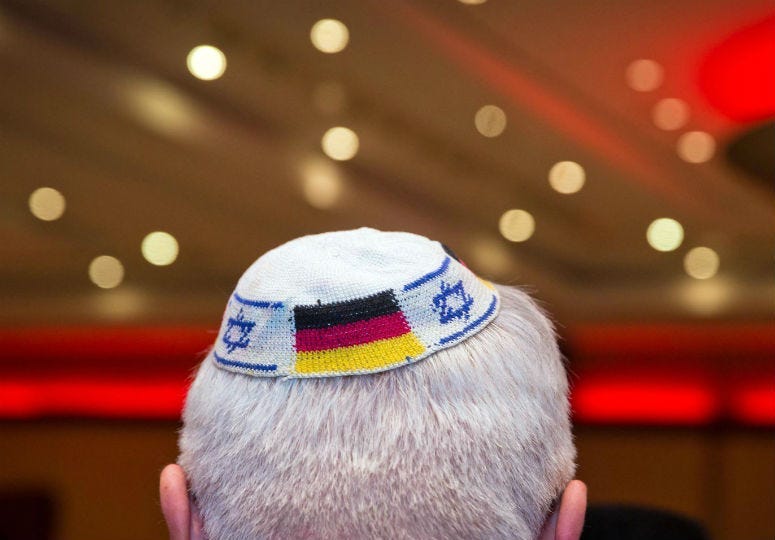 May 26, 2019 05/26/2019 4:07 pm
By Matthew Robinson, CNN
(CNN) -- German Jews have been warned by a leading government official not to wear traditional kippahs in all public settings following a rise in anti-Semitic attacks across the country.

Felix Klein, the German government's anti-Semitism commissioner, told the Funke media group Saturday: "My opinion has unfortunately changed compared with what it used to be.

"I cannot advise Jews to wear the kippah everywhere all the time in Germany."

Klein suggested that a rise in "social disinhibition and coarseness" was to blame for the worsening situation. "The internet and social media have also strongly contributed to this -- but also the continuous attacks on our culture of remembrance," he added.

The commissioner has since called for specific training for police and other officials in order to combat the spike in anti-Semitic crimes.

There is "a lot of uncertainty among the police and government officials in dealing with anti-Semitism," he said.

He also suggested that many officials do not know what is permitted and what is not, and called for police, lawyers and teachers to be taught what is "clearly defined" as unacceptable behavior.

Klein told CNN previously that "anti-Semitism has always existed in Germany," but warned that it is now "showing its ugly face more openly."

"The word Jew as an insult was not common in my time when I went to school. Now it is, and it's even an insult at schools where there's no Jews, where there are no Jewish students. So that is a growing concern and of course we have to develop strategies to counter that."

His warning comes after the German government published figures that revealed a stark rise in anti-Semitic attacks across the country.

The findings, released by the interior ministry, revealed that anti-Semitic hate crimes rose by nearly 20% last year, while physical attacks against Jews rose from 37 in 2017 to 62 last year.

Horst Seehofer, the interior minister, has said that around 90% of the reported incidents were perpetrated by supporters of far-right groups.

"This is a development that we have to confront, especially in this country," Seehofer told a press conference in May. "This is a job for the police as well as the whole society."

Claudi Vanoni, one of Germany's leading legal experts of antisemitism, had also warned that the issue remains "deeply rooted" in Germany.

"Anti-Semitism has always been there. But I think that recently, it has again become louder, more aggressive and flagrant," Vanoni told the AFP news agency.

"The increasingly frequent attacks against Jews are shameful for our country. Right-wing movements are attacking our democracy and are targeting our peaceful coexistence," she told Handelsblatt newspaper.

"We must protect Jewish life with all our means in our nation of laws and hold the perpetrators accountable."

German Chancellor Angela Merkel has also denounced anti-Semitic crime in Germany and called for a "zero-tolerance" approach to tackling it.

"People growing up today must know what people were capable of in the past, and we must work proactively to ensure that it is never repeated," she said in a weekly video address in January.