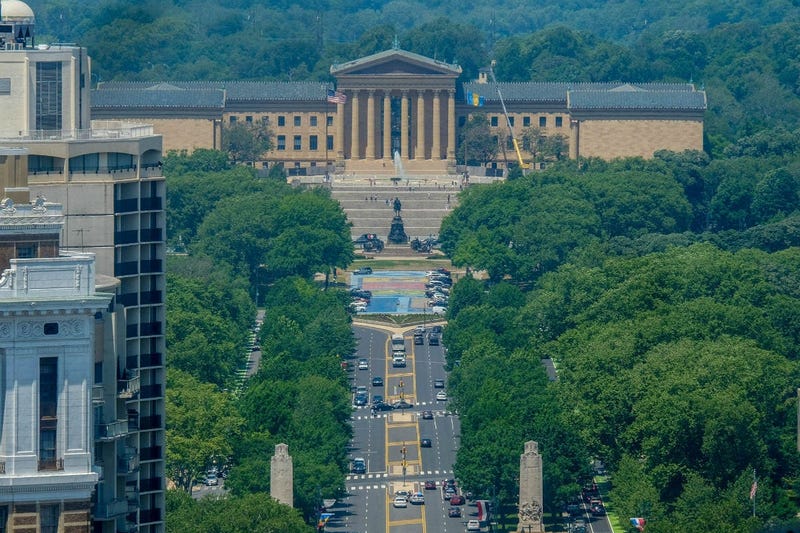 PHILADELPHIA (KYW Newsradio) — Joe Biden's presidential campaign will host a public rally on Eakins Oval in front of the art museum on Saturday, and it's going to result in some road closures. The city has released details. The general admission entry gate to the rally will be on the north side of Eakins Oval. The gates will open at 11 a.m., and the rally will start at 1 p.m.
Road closures From 9 a.m. until about 4 p.m., these streets will be closed:

The Philadelphia Museum of Art and other businesses and institutions on the parkway will remain open through the day.

From 7 a.m. to 4 p.m., parking will be restricted on the following streets:

Drivers are encouraged to avoid the area, however, use commercial parking lots and garages will be available. Transit

Organizers recommend using public transit options to get to and from the event.

From 9 a.m. to 4 p.m., SEPTA bus routes on the parkway will be detoured. Specific route changes are available at septa.org.

The most convenient drop-off location for attendees with mobility issues is expected to be the intersection of near Pennsylvania Avenue and Spring Garden Street.

Guests are encouraged to register online using the campaign’s website.