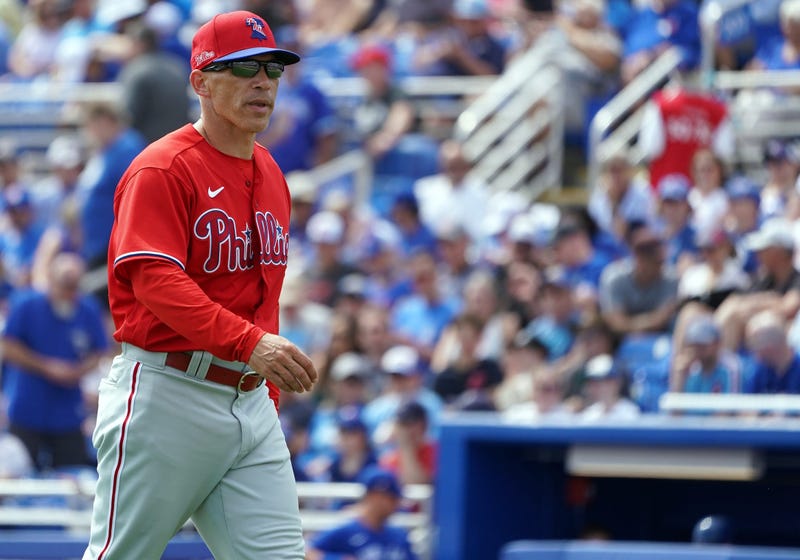 Coronavirus Mystery
PHILADELPHIA (KYW Newsradio) — Phillies Manager Joe Girardi hasn’t lost a game in a Phillies uniform. However, he hasn't managed one either.

If COVID-19 doesn’t overwhelm Major League Baseball, Girardi will finally get to do that in about a month with an extremely unusual 60-game schedule, paired with an abundance of coronavirus protocols.

“This is a serious matter, and I think there’s a huge responsibility on our industry to make sure that we do things the right way and that we protect each other and that you follow the guidelines,” Girardi told MLB Network on Wednesday.

The serious matter Girardi and the Phillies are presently dealing with is 12 positive coronavirus test results in the past week and a half — seven players and five staff.

“Check in on them regularly to make sure they’re doing OK,” Girardi said. “Most of them, the symptoms have been very, very mild. But still, it’s quarantine for two weeks. You have to be tested a number of times before you come back. And then, once you come back, you can’t just dive right back in.”

The well-being of everyone who works for the Phillies — and in baseball, for that matter — is the cause for extensive and detailed safety protocol MLB and the Players Association came to terms on.

Girardi has been in professional baseball for a very long time, and he realizes the guidelines aren’t simple.

“Because of the social distancing, and it’s six feet every way, and you have to think about a clubhouse and how you run through 60 players through spring training and using different fields and transferring them. Once they leave the facility, they have to come back in the facility, and their temperature takes, and it’s really complicated.

“The people that work at the stadium—the grounds crew, the training staff—a lot has been thrown on them, and they have to do it quickly.”

Girardi noted how players can start arriving for testing Friday, and camp gets underway next week.

The Phils new manager is back in Philadelphia, and was meeting first round draft pick Mick Abel, who officially signed with the club Wednesday, at Citizens Bank Park — the place where Abel hopes to pitch one day.

Joe Girardi is back at Citizens Bank Park today getting ready for players to report 1 week from todayJoe is wearing a mask and will have to wear one in dugout during gamesHe welcomed first round pick Mick Abel, who signed his contract today-- @Phillies pic.twitter.com/bW5evA2GDn

Maybe Girardi will get to manage Abel one day, but for now, part of his focus will be on how his managerial strategy will alter with the big leaguers currently suiting up for him in the unique pandemic-delayed schedule.

“You can’t start running relievers out a number of days in a row just because you’re at the last 60 games. And it's not a marathon, it’s a sprint,” Girardi said. “So, there’s a fine line as managers, I think. We want to making sure that players aren’t overused.”

Girardi has some thoughts on the brand-new National League designated hitter.

“So I think you’re gonna have to use the DH strategically to get them off their feet a little bit. Maybe you can keep a J.T. (Realmuto) in the lineup more, or a Bryce (Harper) in the lineup more. (Andrew) McCutchen who’s coming off a knee injury you could use more. We have Jay Bruce, who I think fits that mold pretty well," Girardi said.

For Girardi, it’s very important to keep guys off the injured list in this shortened season that is a sprint, not a traditional marathon.

“If you hurt someone, or they go on the DL for two or three weeks, that could cost you your season.”

If players do unfortunately get injured, or come down with COVID-19, every team will have a “taxi squad” of players who would be playing minor league ball in a normal year, but can be used to fill vacant roster spots this season.

“We’ve talked about that, and Lehigh Valley is close, Reading is close,” Girardi said. “They have to get real live at bats. Pitchers have to get to where they’re facing hitters and competing, but you’re also not wearing them out. I think you have to be strategic about that where you basically have another group of starters that are ready to go on the same day as your other starters in case someone gets sick or goes down.

“There is much more thought into this than ever before as a season, but I think if we all put our heads together and we make sure that we are responsible when we’re away from the field, I think we can do this.”

Despite Girardi’s confidence, this wasn’t how it was supposed to happen. He should’ve been making his Phillies debut on March 26 at the Marlins, and his Citizens Bank Park debut back on April 2 versus the Brewers in front of a huge crowd.

For a new manager, this isn’t going to be easy, however Girardi has a plan to pay watch tape, use his coaches for help—especially when it comes to pitchers, and pay attention.

“It’s unfortunate that we broke up (in March) because I thought I was getting a decent feel, but now we start all over again.”