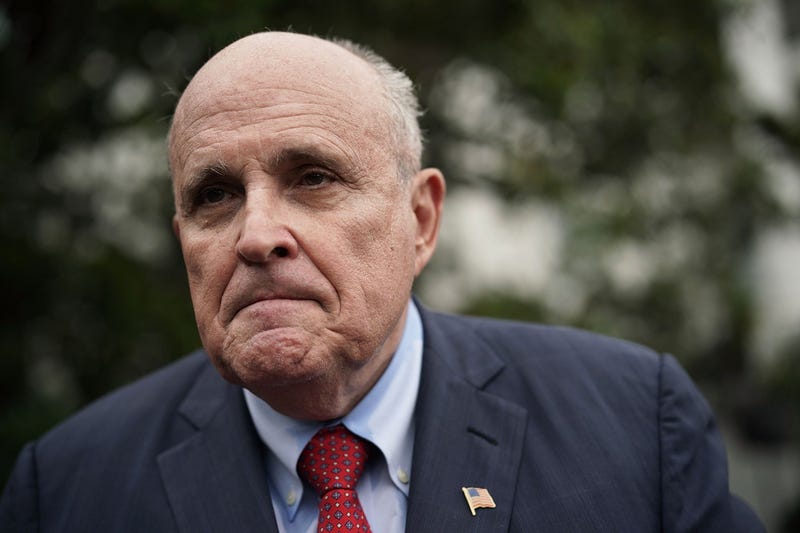 By Michael Warren
(CNN) -- President Donald Trump's personal lawyer Rudy Giuliani dismissed suggestions he is encouraging a foreign government to impact the upcoming US election with his trip to Ukraine, telling CNN on Friday that it is not meddling because the 2020 general election is a year and a half away.

Giuliani tells CNN he intends to travel soon to Ukraine to meet with President-elect Volodymyr Zelensky in an effort to push the country to investigate matters connected to the release of negative information about Paul Manafort, the then campaign chairman for Trump's 2016 campaign. The former New York mayor also said he will continue to pursue questions about Vice President Joe Biden's call in 2016 to remove the top Ukrainian prosecutor, who at one point had been investigating a Ukrainian natural gas company connected to Biden's son.

That prosecutor's ouster was called for by many Western governments and donors who criticized him for failing to tackle the country's problems with corruption. There's never been any evidence that Biden acted improperly.

"I don't want any favors, I just want this investigated," Giuliani said in a phone interview.

A week ago, Giuliani told CNN that he was done looking into the Ukraine matters regarding Biden, but in an interview with The New York Times on Thursday he first said he was going to travel to Kiev to press the matter. Giuliani told the Times in defense of the effort.

Giuliani said he's meeting in his capacity as the President's personal lawyer and helping to defend his client. He has called on the US Justice Department to investigate both his questions about a supposed conflict for Biden as well as what Giuliani claims may be the corrupt beginnings of the FBI investigation into Trump.

Giuliani had previously told CNN that a "well-regarded investigator" he's known for years put him in touch last November with current and former Ukrainian officials, who he says he's interviewed over Skype and in person. (In 2017, both the Democratic National Committee and a contractor denied working with Ukrainians.)

While searching for evidence, Giuliani says he also stumbled on what he claims is a damaging story about Biden.

In 2016, while then-Vice President Biden was pressuring the Ukrainian government to oust its top prosecutor as part of a broad anti-corruption push by the US, his son Hunter Biden was on the board of a Ukrainian company under investigation by that same prosecutor.

Within a year of the prosecutor's removal, Ukraine's new prosecutor general dismissed the case against the company, Burisma Holdings, a natural gas company controlled by one of Ukraine's top oligarchs.

Giuliani's story is littered with holes. According to a report from Bloomberg, the Ukrainian government's case against Burisma had been "dormant" since 2014, two years before Biden successfully pushed to remove the prosecutor general. Biden was also joined in his anti-corruption push against the prosecutor by numerous leaders in Europe as well as the International Monetary Fund -- none of whom had any family ties to Burisma.

Giuliani has been shopping the story to journalists around Washington. The story floated around right-wing circles for a few weeks until May 1, when the Times reported that State Department officials at the time were concerned "that the connection could complicate" Biden's diplomacy.

The Biden campaign declined to comment further and referred CNN to a statement a spokeswoman provided to the Times claiming Biden acted on Ukraine "without any regard for how it would or would not impact" Hunter's business interests.