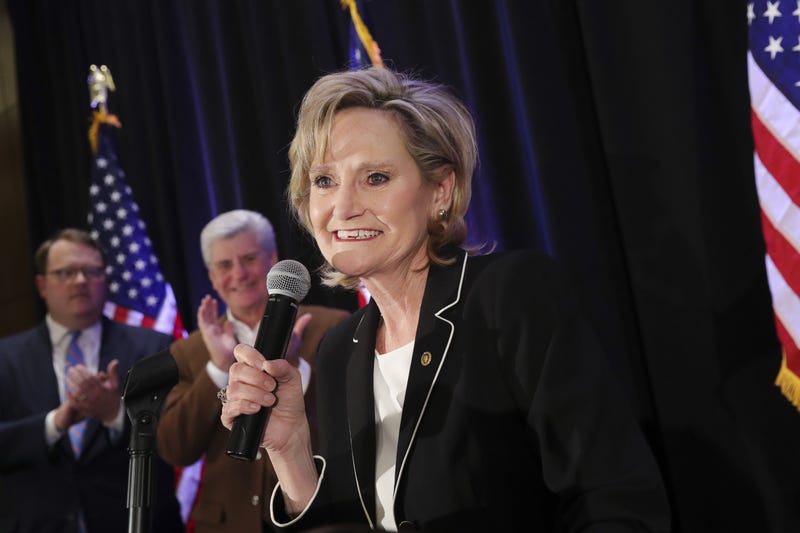 July 25, 2019 07/25/2019 5:01 pm
By Ted Barrett and Kevin Collier, CNN
(CNN) -- Republicans in the Senate have twice in 24 hours blocked the advancement of bills aimed at strengthening election security just hours after former special counsel Robert Mueller warned of the continued threat that foreign powers interfering in US elections.

Senate Majority Leader Mitch McConnell came to the Senate floor Thursday to personally object to House-passed legislation backed by Democrats. This comes after Republican Sen. Cindy Hyde-Smith of Mississippi objected to a trio of bills on Wednesday, in keeping with long standing GOP arguments that Congress has already responded to election security needs for the upcoming election.

Democratic Sens. Mark Warner of Virginia, Richard Blumenthal of Connecticut and Ron Wyden of Oregon had advocated for the bills on the Senate floor, asking for unanimous consent to pass the package, but that ask can be halted with an objection from any senator.

Two of those bills would require campaigns to report to federal authorities any attempts by foreign entities to interfere in US elections, and the third is aimed at protecting from hackers the personal accounts and devices of senators and some staffers.

On Thursday, McConnell called the House-passed legislation Democrats wanted to clear "so partisan it received just one Republican vote over in the House." He added that any election security legislation the Senate takes up must be bipartisan and also alleged that this bill is being pushed by the same Democrats who pushed the "conspiracy theory" of President Donald Trump and Russia.

"We need to act," Schumer wrote. "So why have @SenateMajLdr McConnell and Senate Republicans buried commonsense election security bills in their legislative graveyard?"

As part of his pair of public hearings, Mueller testified on Russian election interference before the House Intelligence Committee on Wednesday afternoon.

"Over the course of my career, I've seen a number of challenges to our democracy," Mueller said in his opening remarks. "The Russian government's effort to interfere in our election is among the most serious. As I said on May 29, this deserves the attention of every American."

"They're doing it as we sit here," Mueller later told lawmakers of Russian interference.

Hyde-Smith also tweeted about election security Wednesday night, but did not mention why she objected to unanimous consent.

"The House hearings rehashed what we already knew," she wrote. "There was no collusion. Let's move forward to fight Russian meddling, get past the partisan wild goose chases and work on issues that matter to everyday Americans."

Hyde-Smith's move is in line with past action from Republicans in the Senate. McConnell is refusing to buckle to the near constant drumbeat from Democrats -- and some in the GOP -- about the need to pass election security legislation in the wake of Mueller's report.

The Kentucky Republican, who believes strongly that elections should be primarily controlled by state and local authorities and not managed by Washington, argues that the federal government has already responded to the problems raised from the 2016 campaign and more does not need to be done at this time.

Reps. Debbie Wasserman Schultz, a former chairwoman of the Democratic National Committee, and Bennie Thompson, chairman of the House Homeland Security Committee, say that when they met with multiple agencies on the topic earlier this month, "None of the briefers could confirm that you have ever received a comprehensive election security briefing in advance of the 2020 Election."

"Since the beginning of the year, you have praised Senators for blocking election security measures, joked with the Russian President about election meddling, and suggested you would accept derogatory information from a foreign adversary about a political opponent and not tell the Federal Bureau of Investigation," Wasserman Schultz and Thompson wrote.

That July 10 briefing served to highlight how far federal agencies had adjusted to their new roles after Russia's 2016 election interference efforts, as well as the common assumption in the intelligence community that US elections have likely become a target for the indefinite future. In the past week, the Office of the Director of National Intelligence and National Security Agency have each appointed a senior official who will focus directly on coordinating election security for their respective agency.

In public statements, Trump has waffled on whether he's accepted the US intelligence community's broadly accepted findings that Russia launched a multi-pronged interference campaign, including hacking and leaking Clinton campaign emails, successfully hacking the Illinois voter registration database and the networks of two Florida counties, as well as multiple disinformation campaigns.

"The Trump Administration has sustained an unprecedented whole-of-government effort to support state, local partners to ensure the security and resilience of the U.S. electoral process," a US official said when asked for response to Democrats' letter. The official added that "the President receives regular intelligence briefings on the many threats facing that nation, including securing our nation's elections."

This story has been updated with additional developments Thursday.