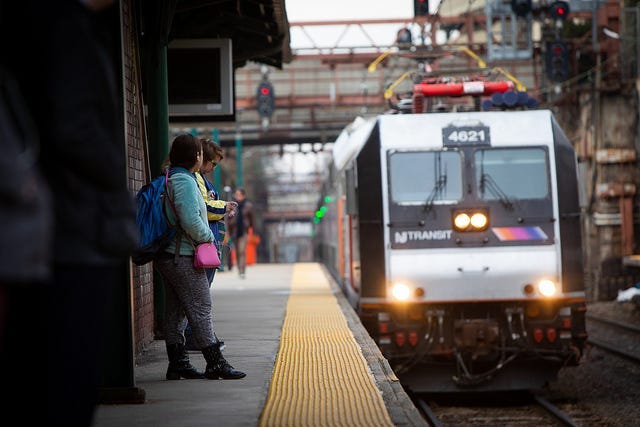 February 26, 2019 02/26/2019 8:37 pm
NEW JERSEY (KYW Newsradio) — Gov. Phil Murphy has overruled the head of NJ Transit: He wants commuters to be told this week exactly when service will resume on the Atlantic City Rail Line.

"They want clarity," Murphy said on behalf of commuters. "Who can blame them? They are right. They deserve a clear indication as to when that will happen."

"With great respect for Kevin's efforts and his team's efforts, they can do better," Murphy said. "We all have to do better."

NJT has delayed reopening the Atlantic City Rail Line, even though the federally mandated installation of positive train control was completed in December. The work brought the initial idling of the South Jersey service just after Labor Day.

Corbett has said the line would be back in operation by the end of June.

"With that crisis behind us, our full attention is turned to restoring services," Murphy continued.

"If NJ Transit delivers on the Governor’s directive to set a date to reopen the line by the end of the week,," said Mazzeo, "we will get a little closer to restoring normalcy for thousands of people in Atlantic County who ride the train each day. However, we need to hold NJ Transit accountable to actually meet this deadline."
"We’ve waited for answers from NJ Transit for months on end," added Armato, "and we’ve been stonewalled at every turn. I’m prepared to hold their feet to the fire to make sure those answers are delivered this week, which will help Atlantic County see a light at the end of the tunnel."

State lawmakers have scheduled another public meeting on the issue — Wednesday at 6 p.m. the Cherry Hill Township Office.