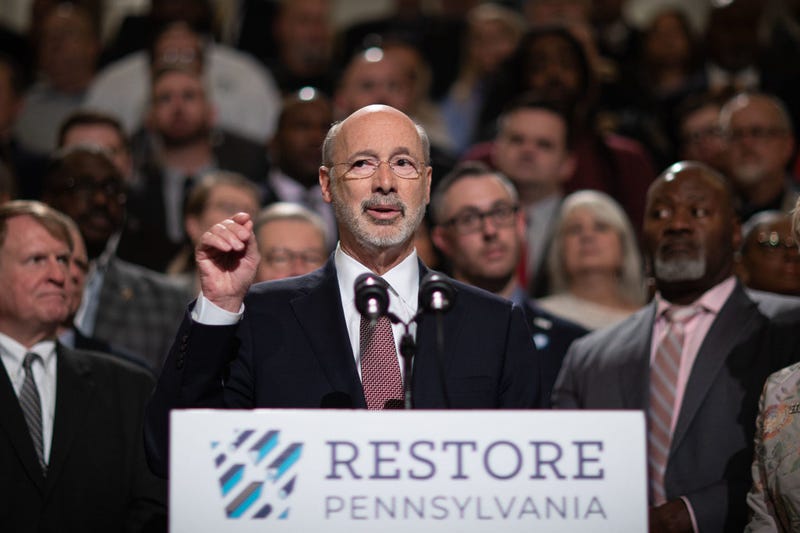 NORRISTOWN, Pa. (KYW Newsradio) — In an effort to drum up support for Gov. Tom Wolf’s infrastructure funding plan, state and local lawmakers met at an intersection in the heart of Norristown to tout potential benefits.

“You know, you see the infrastructure that existed when they were mills and old industrial sites,” noted Department of Conservation and Natural Resources Deputy Secretary Michael Walsh.

Standing on the corner of Dekalb and Lafayette streets along the Schuylkill River Trail, Walsh pointed to an abandoned freight building as an example of a potential Restore PA project.

“It will help cities deal with abandoned properties and blight and turn those into green spaces too,” he said.

“In the 10-years I’ve been in the Legislature, we’ve been talking about the need to pass a meaningful severance tax,” added state Rep. Matt Bradford. “We need to be able to show people, frankly, in real tangible ways, that this industry can invest here in southeastern Pennsylvania and be responsible.”

On Wednesday, Wolf rallied with leaders across the commonwealth in support of Restore PA in Harrisburg.