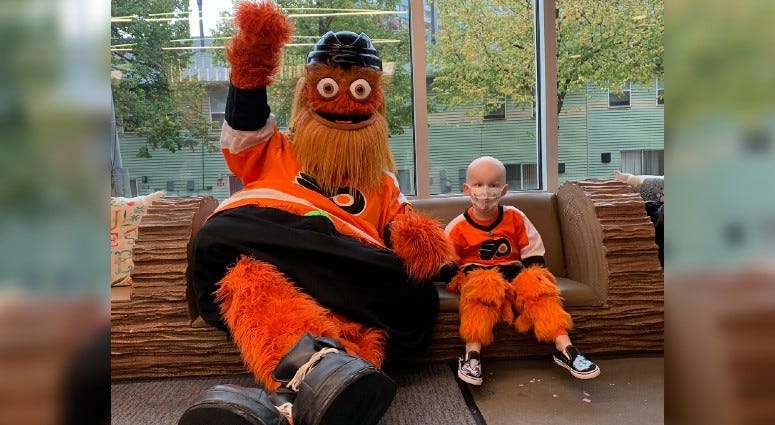 Callahan has been in Philadelphia since August. He's had three bone marrow transplants and 30 days of proton radiation to treat the germ-cell tumor in his pelvis that had metastasized to his lungs.

But his dad, Mike Callahan, says the most recent scans and blood tests show no evidence of cancer.

The Flyers kept in touch, and last Saturday, he was well enough to take the Flyers up on their offer to see a game.

"Jack kind of sees Gritty as his best friend. And Gritty has actually helped Jack stay strong going through this treatment. So it was really cool that they saw that and they provided an opportunity to get Jack and Gritty back together again," his dad added.

The Callahans are heading home to Charlottesville Friday, and Mike Callahan says he'll be bringing the 4-year-old back to Philadelphia for monthly meetings with his oncologist, so there should be more opportunities to reunite him with his best friend.