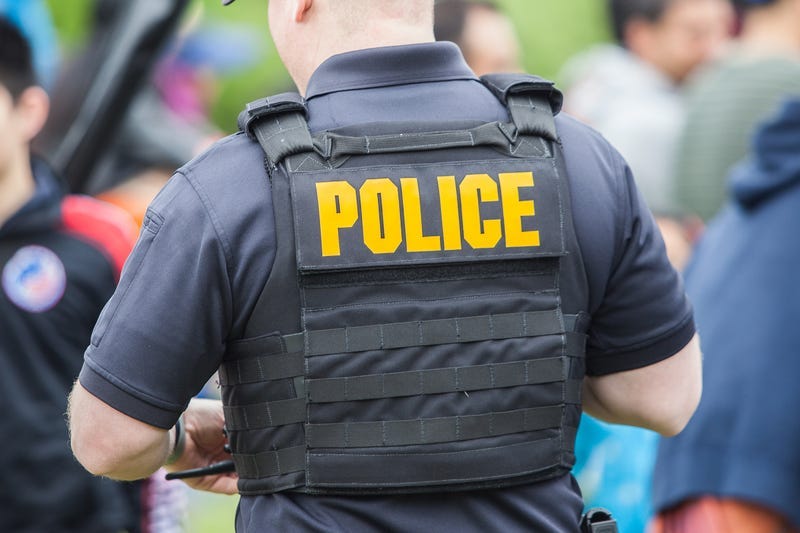 PHILADELPHIA (KYW Newsradio) — The son of a top Philadelphia police commander was shot and killed over the weekend in South Philly, one of five murders over the weekend.

The total number of homicides for the first quarter of the year stands at 80, which is 10 percent more from this time last year, breaking a 10-year record in homicides.

All five victims were men, ranging in age from 20 to 41 years old: one on Friday night, three on Saturday, and one on Sunday.

Among them was 20-year-old Nicholas Flacco, son of Internal Affairs Chief Inspector Chris Flacco, who was shot in the chest Saturday around 10 p.m. in FDR Park.

Police say Flacco was tailgating after the Phillies game and was killed trying to break up a fight.

"Several fights between the different groups began to break out, between females in the various groups," said Homicide Capt. Jason Smith. He said Flacco tried to break up the brawl.

Smith said a woman, yet to be identified, said she was going to call "her man," and they'd better watch out. A few minutes later, the alleged shooter drove up to the park with others in the car.

"The male fired a shot into the air and was reportedly confronted by two of the decedent friends," Smith said. "They encouraged the male to shoot them, because they didn't believe the gun was real at the time. The male fired a second time to the side of the individuals, and then fled the area."

Smith said the gunman then came back about 15 minutes later.

"He pointed the revolver at Mr. Flacco and fired at him one time, striking him in the chest," Smith said.

The total number of people killed in Philly for the first quarter of the year is now 80. Officials urge anyone who witnesses a murder to come forward.

"If we had cooperation, if the community came together, we wouldn't have this problem — certainly not to this degree," Smith added. "But there are many factors."

There's a $20,000 reward for information leading to an arrest in every homicide. Additional money, totaling $36,500, has been put up to find the person responsible for Flacco's death.

A celebration of life service will take place Thursday at 9 a.m. at St. Albert the Great Church, 212 Welsh Road, Huntingdon Valley. A funeral mass will follow at noon.

The family is asking for memorial contributions in Flacco's memory, made out to:

You can also donate online at mclefphila.org.