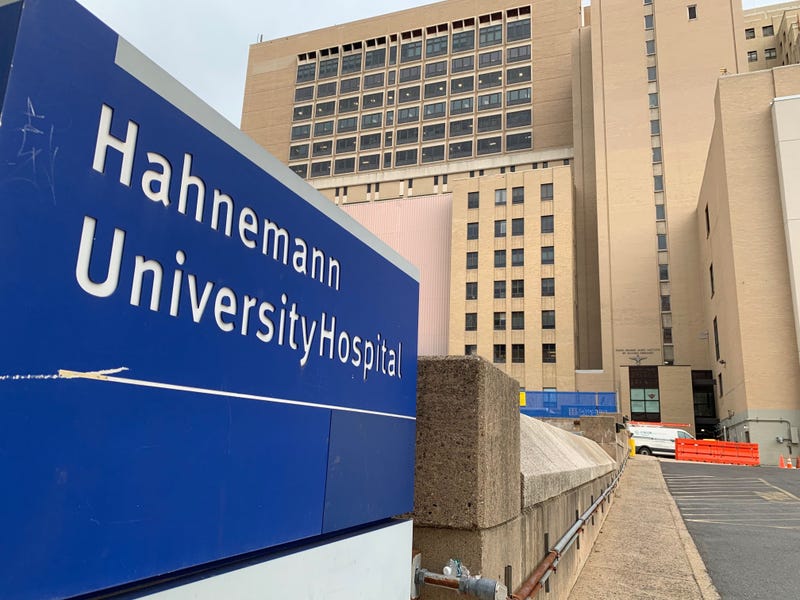 The filing has put a hold on Drexel University's effort to keep the hospital open, but the city of Philadelphia is pursuing its request for a preliminary injunction. On Monday, a common pleas judge granted the city's request to intervene in the case.

Lawyers for PAHS argued that Common Pleas Court no longer has standing in the case because all legal issues now have to be argued in bankruptcy court. City Solicitor Marcel Pratt disagreed.

"Law that goes back decades says that, when you have a government entity like the city here exercising its regulatory authority, that's an exception to the automatic stay that occurs when bankruptcy is filed," Pratt said.

"This is an unusual situation," she said. "It should not be managed like other cases."

She spoke from her own experience in criminal court where a potential murder case became attempted murder because Hahnemann had saved the victim's life. "So," she said, "this is different."

Attorneys for the state also attended the hearing. They said the health department is immediately sending in a monitor to oversee operations at the hospital.

Bankruptcy and an 'orderly wind down'

The company says bankruptcy was not their first choice, but it had to be done. In a statement, PAHS Chief Restructuring Officer Allen Wilen said, "Today's action will ensure an orderly wind down of the operations of Hahnemann, while assuring patient safety."

The company says, pending court approval, the hospital’s lender will provide debtor-in-possession financing. Officials say that financing, along with any revenue the company continues to bring in, will keep the hospital running while the closure plan is executed.

Hahnemann's emergency room is open, but as of last weekend, it is no longer taking in trauma patients. It was last Wednesday when word got out that the hospital would be closing, which has been a real punch to the gut for employees, some of whom have rallied and protested the hospital's closure.

St. Christopher's Hospital for Children, also owned by PAHS, will not be closing. The company is hopeful bankruptcy will lead to a restructuring of St. Christopher's and it will come out in better shape.