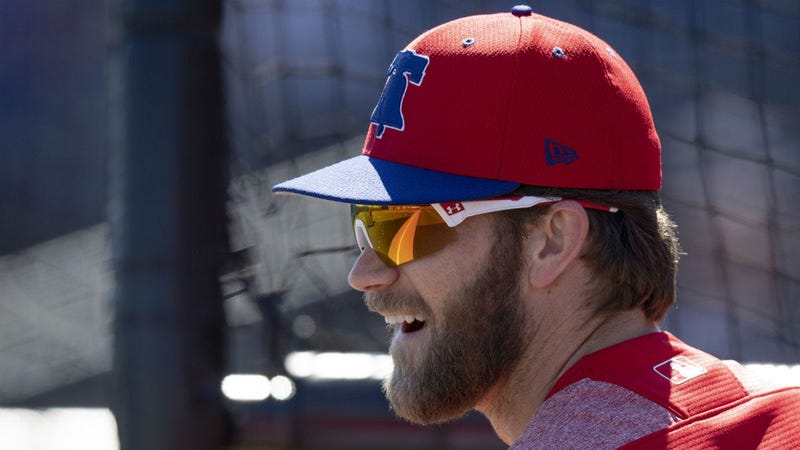 The plan is for Harper to be the Phils' designated hitter Saturday against the Blue Jays and get two at-bats.

Manager Gabe Kapler told reporters Thursday that he foresees Harper being at the top of the Phillies lineup when the season starts in late March.

“In the moment, I’m thinking about Bryce three or four, but certainly Bryce could hit two as well and (shortstop Jean) Segura could hit three,” Kapler said. “So, kind of depending on who we’re up against. The likelihood that you see a more consistent lineup is there, and one that you can kind of depend on, but there’s a lot of mix and match pieces in that one through five range.”

It’s most likely that Andrew McCutchen, Jean Segura, Harper, Rhys Hoskins and J.T. Realmuto will be featured in the first five spots.

Harper hit home runs in both of his simulated games, and he displayed that same power during batting practice this past weekend.

“Starting to appreciate the intelligence, the preparedness, the work ethic, all of those things,” Kapler said about Harper.

“Harper-mania” has resulted in a large boost at the Phillies box office as well at their New Era Team Store at Citizens Bank Park, and this is only the beginning. It’s sure to be a fun summer at the ballpark with Phillies baseball as relevant as it was during the glory years of 2007 to 2011.