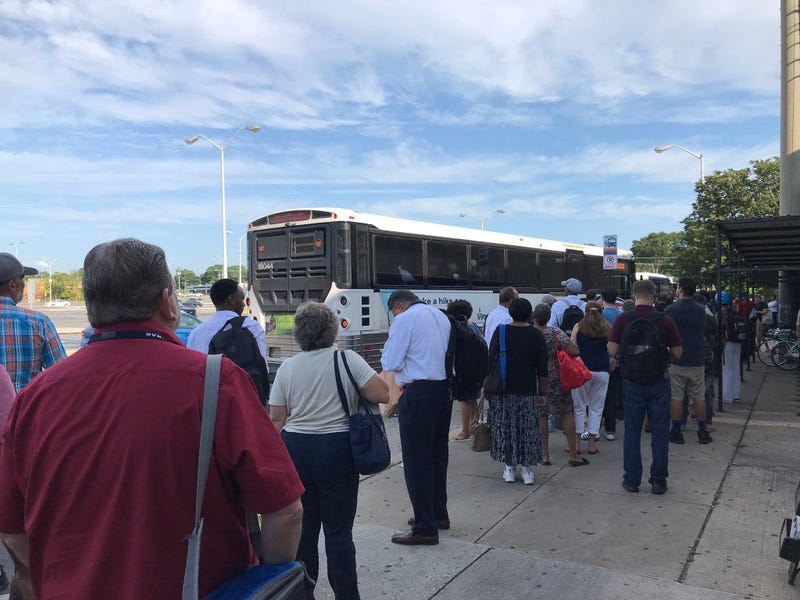 There was no PATCO service during the morning rush at Lindenwold and at the Ashland station because crews had to fix cables that went down during the storms.

Riders had some options. They could drive over to the PATCO stations that were open, but they would have to contend with packed parking lots. Or they could take a shuttle from either Lindenwold or Ashland to get to Woodcrest, where they could get a train.

The problem was, PATCO was using only a single shuttle bus, and it filled up quickly.

Many riders took a cab, used a ride-hailing app, or hopped back in their cars to get to where they had to go.

"The shuttles don't seem to be as reliable without as much communicaton," said Megan, a rider.

"We're a little bit in the dark here, and I don't know how much longer we would be waiting for it, so we just had to take matters into our own hands and into our own pockets to get ourselves to work today," she said.

Making thing worse, New Jersey Transit's Atlantic City Line wasn't going past Lindenwold, so those passengers had to scramble to find a way to get to Philadelphia.

"It's a little bit of organized chaos, I think," said Kim, a rider, but she found a silver lining. "It's not 95 degrees out."

The good news is PATCO officials say full service at all stations could be restored by the afternoon if repairs stay on track.