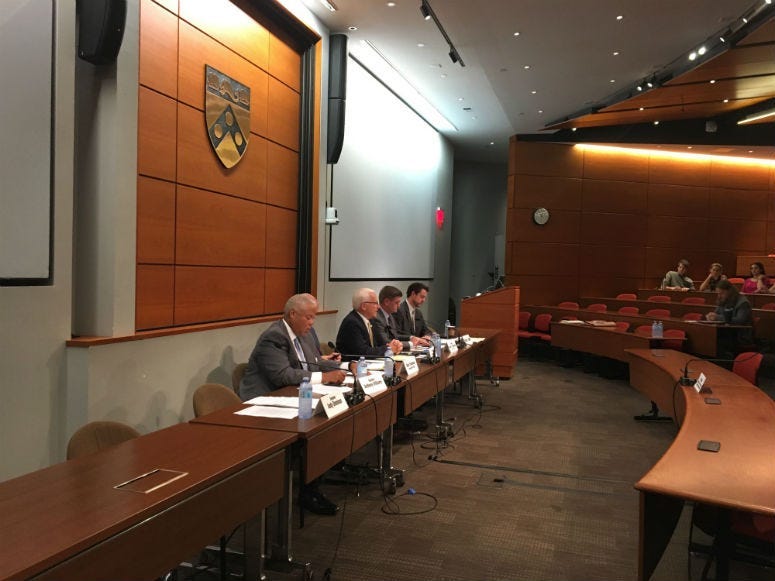 PHILADELPHIA (KYW Newsradio) — A public hearing Wednesday afternoon in University City addressed the potential health and environmental impacts of last month's refinery fire, but officials say some of those implications may not be fully known for years to come.

"And when there was a report, 'everything's OK,' I was like, 'How do you figure that out in 24 hours or 48 hours?' The level of contaminants minus knowing what those levels were would be floating around in the air," Williams said.

University of Pennsylvania occupational and environmental physician Dr. Marilyn Howarth was among those who testified about the impact of the explosion. She said rates of colon and rectal, kidney, and prostate cancers in Philadelphia are above the state average.

"Several of these cancers are caused by environmental exposures. The refinery pollutant benzene, for example, is linked to leukemia and kidney cancer, and particulates are linked to lung cancer," Howarth said.

"The volatile, organic compounds emanating from the refinery over years and particulates that were visible in the sky during fires significantly increase the exposures to hazardous air pollutants to residents in Philadelphia and the environs," she added.

"There are inherent risks associated with this sort of processing, refining and usage of fossil fuels and chemicals generally. I personally don't think, and I believe it's the opinion of EDF, that those processes cannot be made intrinsically safe," Adams said.

Other points made at the hearing indicated a need for better emergency procedures.

Clean air and water concerns were also addressed, including the fact that the plume of smoke may have traveled into New Jersey.

"That's why the lack of Philadelphia Energy Solutions being here, the foundation which supports the remediation not being here, is scary," Williams said.