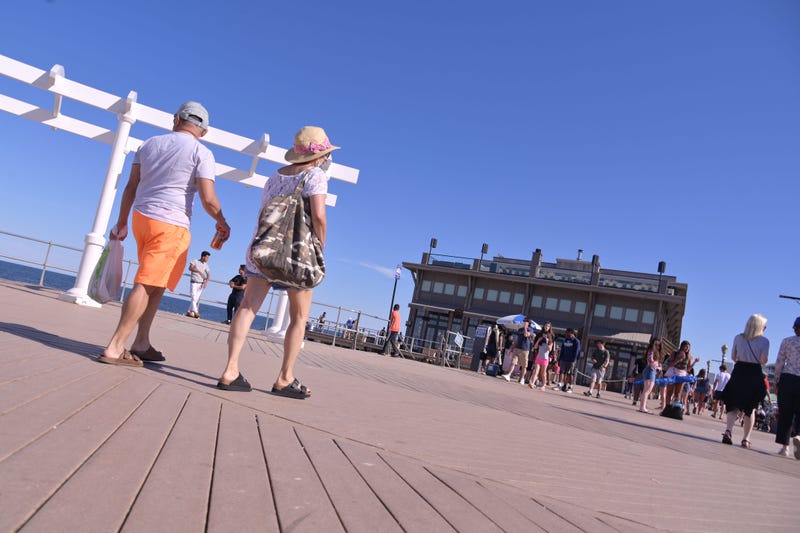 July 3, 2020 07/03/2020 1:46 pm
PHILADELPHIA (KYW Newsradio) — The Fourth of July weekend is here, and health officials warn people to stay vigilant and limit the risk of spreading the coronavirus even more.

States like Texas and Florida have seen huge spikes in new cases of COVID-19 recently, but Pennsylvania cases are on the rise too. On Thursday, the state announced 832 new cases — the highest single-day total since May 22.

Philadelphia’s health commissioner said surges in other states are likely to impact our city. He warned of a second wave of the coronavirus if people do not take precautions.

New cases in Philadelphia are already averaging 110 a day.

As we head into a weekend often celebrated with large gatherings and shared spaces, experts warn of the potential for overcrowding.

“When we start putting together 20, 30, 40, 50 people, we’re setting ourselves up for somebody to be there that is infected and to infect a lot of people,” Erin Bromage, a biologist from the University of Massachusetts-Dartmouth, told CNN. “If we let our guard down, even for just one night, we go into the situation that we’re seeing in Texas, that we’re seeing in Arizona.”

The consensus from health officials: Being outdoors is safer than indoors, as there are better opportunities for people to spread out. Fortunately, the weekend forecast should cooperate with any outside plans.

However, just because you’re outside doesn’t mean you can invite everyone you know over.

“It’s not a free pass, it’s just that you can lower the overall risk,” he said. “Being outdoors lowers the risk about 20-fold than being inside.”

As for holiday beach-goers, be mindful of the crowds.

“You’ve just got to look at what the situation is and if people are jammed in, then it’s a no. If there’s places to spread and be by yourself, then it’s yes,” Bromage explained.

Of course, barbecues and cookouts are part of just about every Fourth of July festivities, so officials again stress caution.

“We’re not going to have masks on if you’re eating and you’re drinking, and that allows those droplets from your mouth to land on somebody else and potentially infect someone else,” Bromage added.

Bottom line: Be responsible, use common sense, and don’t forget that there’s still a pandemic happening.