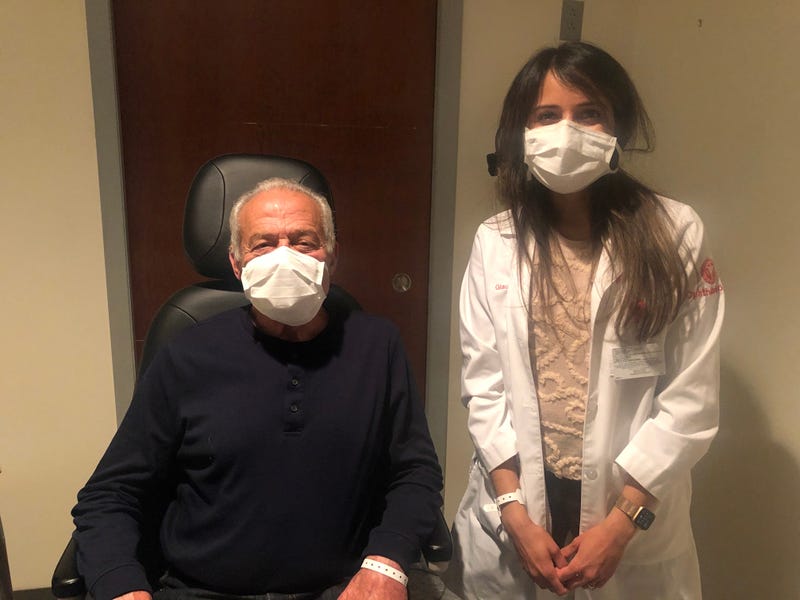 But then there was a problem, and he had to go into Philadelphia to see a doctor at Wills Eye Hospital. As you'd expect, he didn't sleep well the night before the appointment.

"Not real good," he said. "Worrying about it, believe me."

But Manchio had no choice.

"With the virus and all, I was kind of scared to go into the city and into another hospital," he shared.

So Manchio headed into town, and followed the directions to enter through the main door.

"They would check you over to make sure you know that you didn't have a fever, and do your hands," he described. "They had the stuff there to clean your hands. They were giving out masks there."

He said someone else pushed the elevator button, so he didn't have to touch it. The waiting room was nearly empty, easy to social distance.

Plexiglass barriers were everywhere and everyone wore a mask, Manchio recalled. He admitted he would have rather stayed home, but seeing the precautions taken, he felt safe and protected.​