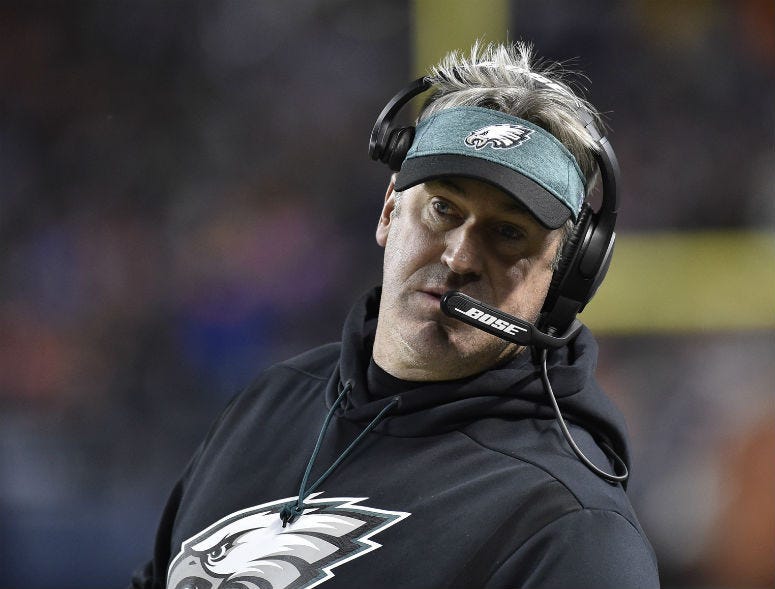 January 10, 2019 01/10/2019 2:52 am
PHILADELPHIA (KYW Newsradio) — Football players can find plenty of sources for motivation, and the Eagles will have an abundance of motivational resources to choose from this weekend.

The Eagles will take on the Saints Sunday in a Divisional Playoff matchup. The winner will advance to the NFC Championship game. If playing to be in the conference title tilt wasn't enough, there is also the memory of one of the most embarrassing losses in recent history for the Eagles. Doug Pederson's squad was smoked by the Saints, 48-7, on Nov. 18. However, safety Malcolm Jenkins says no extra fuel from the blowout loss will be needed on Sunday.

"We're in the playoffs at this point," said Jenkins. "We don't need much more than that to get us excited and up for the game. It's against the number one seed and all that they bring in their place going on the road. We've got plenty."

Many believe the Saints ran up the score against the Eagles during the regular season rout. New Orleans hardly appeared to be killing the clock in the fourth quarter with the game well in hand, and several Eagles indicated after the game there could have been fewer points put up at the end. However, coach Doug Pederson believes there was nothing out of the ordinary with the way the Saints finished off the regular season contest.

"We get paid to play just like they do," Pederson said. "We just didn't make enough plays. We have to keep them out of the end zone and we have to score. We didn't do either one very well."

Nick Foles was watching from the sidelines in New Orleans when the Eagles were getting routed by the Saints. With Carson Wentz still sidelined with a back injury, Foles will get a chance to start in the rematch. With the Eagles' playoff hopes being left for dead after their loss in the Superdome, Foles believes the defeat at the hands of the Saints was actually a turning point in the season.

"That game has helped us become the team we are today," said Foles. "That's not easy as a team to lose like that. There was never any pointing fingers. It actually brought us closer. It could separate a team, or it could bring a team closer and it brought us closer."

Some players did admit it was hard to forget what happened in New Orleans in November even if the Saints weren't trying to run up the score. However, the main focus will still be on what's at stake. A win would put the Eagles one victory away from another trip to the Super Bowl. For tight end Zach Ertz, that will be all of the motivation that's needed on Sunday.

"I have a lot of motivation in this game," Ertz said. "It's the NFC Playoffs. It's the second round going down to New Orleans. It's not going to be an easy game. I've got to be playing at a high level."

Still, it was hard to not find just a little bit of a feeling of the desire for payback.

"It's not exactly lost on all of us what happened in New Orleans seven weeks ago," said Ertz.