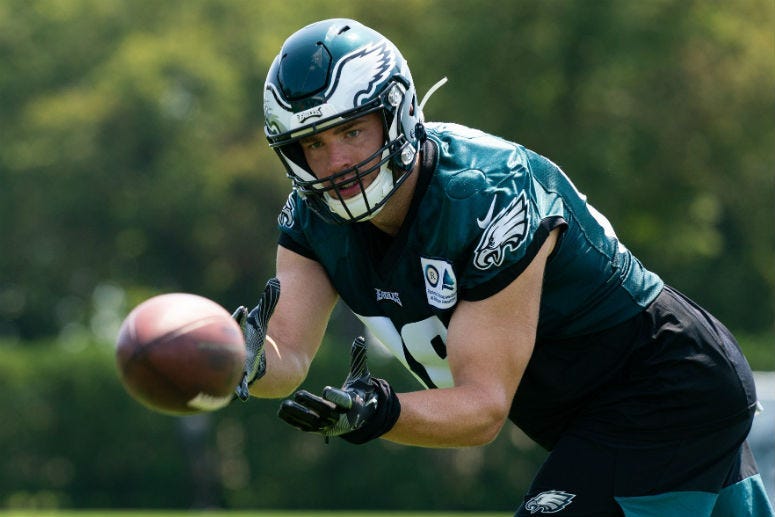 September 11, 2020 09/11/2020 5:46 pm
PHILADELPHIA (KYW Newsradio) — Merrill Reese is entering his 44th season as the Voice of the Eagles, and his 18th of calling the games at Lincoln Financial Field.
If you’ve ever come across “Merrill Cam” on the Eagles' Twitter feed or website, you’ve noticed the radio booth is rather tight, especially where Reese and former Eagles wide receiver Mike Quick are broadcasting from.

A million moving parts go into the product fans hear on SportsRadio 94WIP in Philadelphia, and affiliates across the Eagles Radio Network. And everyone involved has been really, really close together.

That won’t be in the case in 2020, with the season happening during the coronavirus pandemic.

Reese and Quick always sat shoulder to shoulder. Directly to Reese’s left was his spotter, watching through binoculars and pointing at names on a board, just in case Reese needed to confirm who was involved in a play.

A statistician sat one more seat to the left to identify yardage for Reese with a separate board. The stadium engineer was slightly further back, controlling audio levels. And in the middle of everyone was the producer, feeding Reese and Quick live commercial copy on paper to read throughout the game and tapping Reese on the shoulder for recorded commercial breaks.

None of this counts remotely as social distancing.

"Thanks to the Eagles, they are moving us to a suite," Reese said. "A little bit lower, but very, very spacious."

He says he and Quick will be separated by four seats. Plexiglass will separate Reese from his spotter and producer, and his statistician will be several rows back.

"He will be feeding me my information electronically on a screen," Reese said.

The same goes for the commercial scripts he gets from his producer.

And the broadcast team will not travel; they will be in South Philly for every game.

Asked what it will be like to be stuck at the Linc, following a screen, when the Eagles are on the road, he said, "Ask me Monday. I’ll have a much better idea."

And no fans at the Linc.

"They give me the energy as much as a big play, so they’ll be missed," Reese said.

Still, he says, he's happy there is football to call.

"And in this strange year, that is all you can ask for."

Keys to the game

Looking ahead to Sunday's match against the Washington Football Team, Reese shared his Keys to the Game:

Listen to the entire preview.