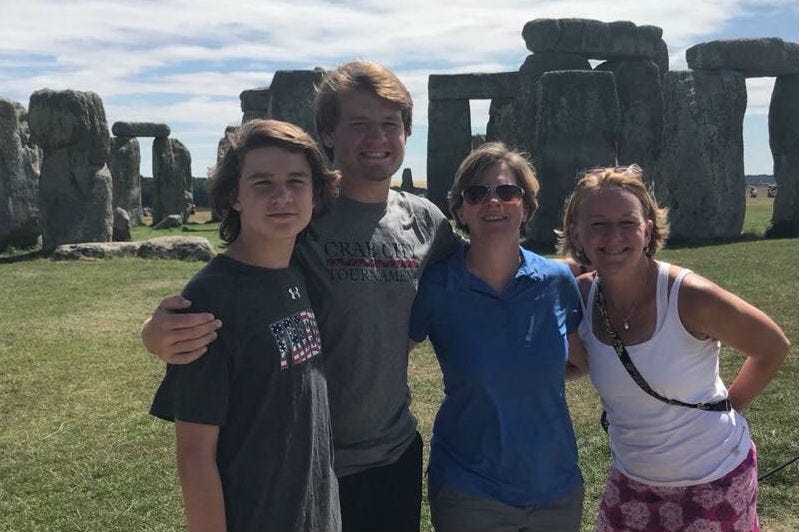 NORRISTOWN, Pa. (KYW Newsradio) — In 2015 — 46 years after the Stonewall uprising — same-sex marriage became the law of the land with a 5-4 decision by the U.S. Supreme Court. But two years before that, the Montgomery County register of wills played a key role in getting same-sex marriages recognized in Pennsylvania.

D. Bruce Hanes says in 2013, he got a call from a lawyer asking if a same-sex couple could get a marriage license.

"And up to that time, it had never come up," he said. "No same-sex couple had ever asked for a marriage license."

He says his initial reaction was "no," because there was a state law from the '90s that defined marriage as one man and one woman.

"We started talking about it because the way the status is now, it's affecting a lot of people unequally. Maybe we should consider this," he remembers from that time.

Hanes went through a list of pros and cons with the county commissioners and the county solicitor.

"One of the cons was 'Uh, Bruce, you could get arrested.' I said, 'What?' 'Yeah, it’s possible someone could ask for your arrest.'"

But after about a week of researching their options, they came to the conclusion, "Yeah, why not."

He points to the Pennsylvania Constitution's prohibition of discrimination based on gender and its requirement of equal protections.

"Let's step out there, and maybe this is a chance to move on it in a positive way," he said at the time.

She says she called the county to make sure she'd heard correctly. Then she called her partner of 17 years, Loreen Bloodgood.

"And I'm like, 'We are going down to Montgomery County and getting a marriage license.' And I think she thought I was a little crazy," Terrizzi says.

"I immediately said, 'We can't do that, because they’re gonna fight it,'" Bloodgood says.

They woke up early and were the first in line. They didn't know if the license would be challenged, so they got married that day, unaware they were about to become national news.

"So we had to quickly call relatives because then we heard — the first report we heard was on KYW," said Bloodgood.

"And it was literally the minute we got in our car," Terrizzi said. "We were like, 'What in the world?' And then our phones started blowing up."

Terrizzi and Bloodgood had been together so long, they say many of their friends assumed they were already married.

"Because they never really thought about it, because they were not in that situation, they just assumed we were married," Terrizzi said. "I was like 'How were we married?' You couldn’t get married in Pennsylvania. And they were like, 'Well that’s dumb.' And I'm like, 'Exactly.'"

They couple say they’re forever grateful to Hanes and his staff, because they say Montgomery County and then Pennsylvania really tipped the scales.

"People like Bruce were saying, 'This is not fair, and I'm not going to go for something that's not fair.' I just think it made the federal government decide they had to do something so it was fair across the country," says Terrizzi.

Terrizzi and Bloodgood also credit members of the community who stood up at Stonewall 50 years ago.

"They put their foot down and said we want to be acknowledged. We don't want to hide, we don’t want the discrimination to happen anymore. It was really impactful. And it was one step on that journey to June 30, 2015, when we got marriage equality," Bloodgood says.

She says it’s been one heck of a ride, and she’s grateful for the friends she’s made along the way, but she adds they don’t see themselves as trailblazers.

"Bruce built the bridge, we walked over it."

For his part, Hanes says he didn’t sway public opinion. He says public opinion was already there; someone just needed to flip on the light.

"What I'm thinking is, five years ago, the opinion was already there. It was an undercurrent. It just needed somebody to raise their hand, say 'Hey, it's OK.' And that’s how public opinion surfaced."