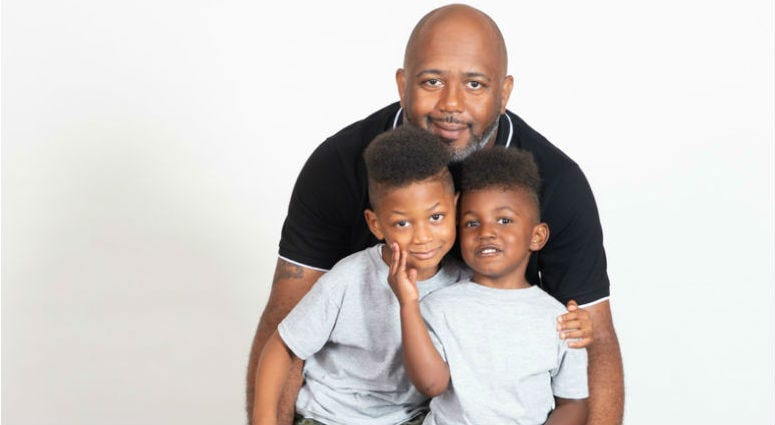 PHILADELPHIA (KYW Newsradio) -- The Philadelphia Department of Human Services has more than 5,000 children in placement outside their homes so it's constantly urging people to become foster parents or consider adoption. The department has a persuasive new argument in the story of one man who took the plunge into fatherhood through the foster care system.

Eric Johnson was 38 and single in 2016 when he shared office space with a child welfare agency and decided fostering to adopt was the way to create the kind of family he'd known as a child.

"I always wanted to be a parent," Johnson said. "I wanted to give that same love back to some children that were in need that didn't have that."

Edward was just one and Sencere 3-years-old when he got them. It was already their fourth foster home.

"You have your challenges with your typical two-year-old," he explained, "you have your differences of opinion."

Johnson has seven siblings with children to consult and, of course, his mother.

And now he's building a support network for others. We met at a parenting conference where he was picking up tips...

"Three of my friends are in the phase now of completing their trainings through the agencies," Johnson said. "[They were] inspired by me. I'm here to support them. That's why I'm here."