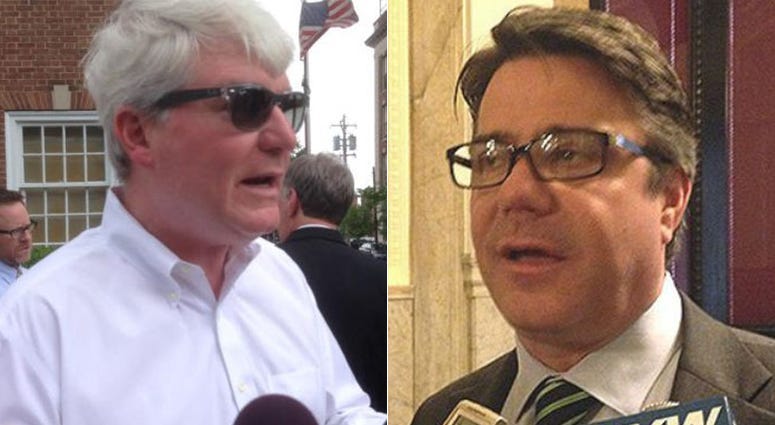 The attorneys argued that the acts described in the 116-count public corruption indictment were just normal business for an electricians union leader and an elected official, and thus don't fit the legal definition of the bribes and kickbacks the two are charged with.

The January indictment charged Henon, Dougherty, and six other union officials with embezzlement, theft, wire fraud and other public corruption offenses. Collectively, they are accused of embezzling $600,481 from Local 98, according to the U.S. Attorney's Office.

Both Henon and Dougherty had pleaded not guilty.

Dougherty's attorney, Henry Hockeimer, explained in a PowerPoint presentation that various federal cases have narrowed the definition of bribery to exclude certain actions elected officials take, such as holding a meeting or advocating to other public servants on behalf of constituents.

Thus, when Henon called the Department of Licenses and Inspections at Dougherty's behest to stop non-union workers from installing an MRI machine at Children's Hospital of Philadelphia, Hockeimer argued he was simply advocating on behalf of a constituent.

And when Henon called a meeting with Comcast during franchise negotiations so Dougherty could ask them for union work, it was just the normal business of a councilman.

Henon has been on the electricians union payroll since 1999 and stayed there, with a slight salary reduction, after getting elected in 2011, when he declared it on financial disclosure forms. As a result, his attorney, Brian McMonagle, argued his salary can't be called a bribe.

Prosecutors, however, say Henon was paid the money with the intent of influencing official actions, and that Henon accepted it with the intent to be influenced by it, therefore being a bribe.

Judge Jeffrey Schmehl did not issue an immediate ruling Monday but took the arguments under advisement. Another hearing is scheduled next week on Dougherty's motion to sever his case from Henon and the other defendants.