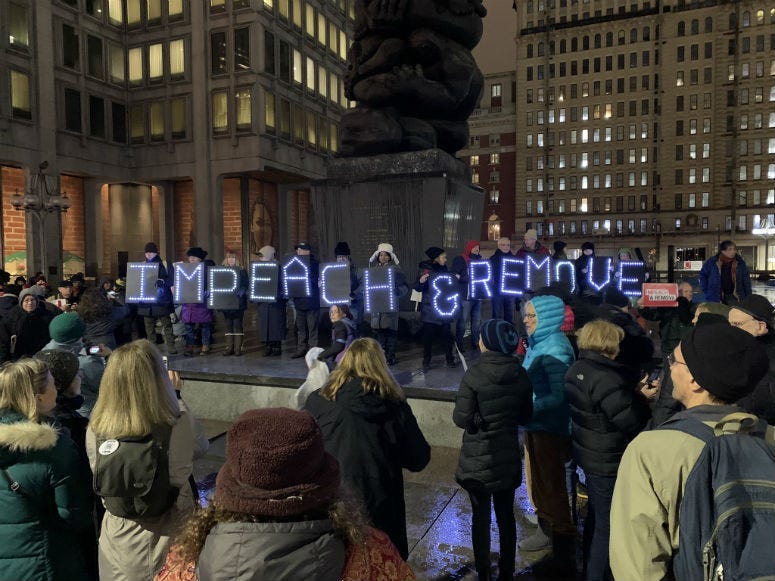 Mary Ann Clifford was one of dozens of people who braved the cold and rain to call for impeachment during a protest at Thomas Paine Plaza.

"I feel like I need to do something, speak out let our voices be heard," she said.  Clifford said she thinks the president has made a mockery of the office, and she wants to see him go.

"I'm angry. I'm angry because I just feel as though the entire system, our democracy has been circumvented," she added.

Victoria Green said there was no way the weather was going to hold her back.

"This is a dramatic moment in how serious it is, the jeopardy that this president is putting our country in, and the world, in my mind. If I sit this one out, then what will get me out," Green said.

Green said she wants the rally and demonstration — where different speakers engaged the crowd — to wake people up and get them enthused about the democratic process.

Trump is facing two articles of impeachment: One for abuse of power, and another for obstruction of Congress.