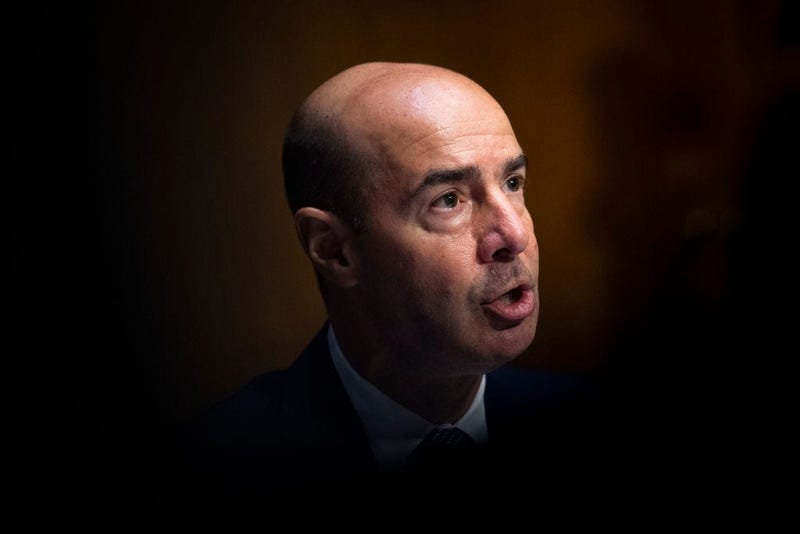 WILLOW GROVE, Pa. (KYW Newsradio) — The U.S. labor secretary was in Montgomery County Friday, meeting with business owners to talk about how to rebuild the economy.

Labor Secretary Eugene Scalia looked back on fonder days, rattling off statistics of a blossoming economy.

“But unfortunately, the virus has set us back,” Scalia said.

Scalia said in his meeting with business owners in Willow Grove, they discussed progress in rebuilding the economy. But he understands there’s work to be done, such as keeping workers and customers safe and the virus at bay, while also supporting people still out of work.

“In many circumstances, wearing masks are just going to remain important,” he added.

He supports the Republican plan which includes another round of $1,200 stimulus payments and incentives to business owners to hire laid-off workers, but said that’s being held up by Democrats, who want the extra $600 back in unemployment checks.

“The $600 a week benefit, as I’ve said, was an important thing to do as we were closing our economy. But we’re in a different place now as more jobs become available,” he said.

Scalia supports the Republican-backed plan that would pay 70% of unemployment with an extra $200 during the implementation. But state unemployment officials say those changes would require a significant and lengthy overhaul of the current system.