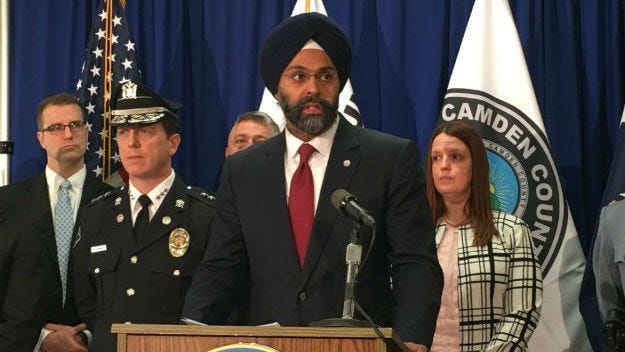 NEWARK, N.J. (KYW Newsradio) — The rules under which law enforcement in New Jersey operate are going to go through some serious change thanks to a series of directives from the state attorney general.

The new policies announced by Attorney General Gurbir Grewal at a news conference in Newark fall under the heading "Excellence in Policing," and they target three areas of concern: professionalism, accountability and transparency.

"Our goals are simple," Grewal said. "We want to provide additional support for the 99% of police officers who do their jobs day in and day out with integrity and with distinction. At the same time, we want to root out those small number of cops who engage in misconduct."

A half dozen towns across the state, Millville and Bridgeton among them, will test out some of the new directives which will include the timely release of recorded police encounters involving "serious" use of force.

"This initiative also answers calls from law enforcement leaders across our state who have asked us over the last 23 months for clarity and for certainty on some of the most challenging issues in policing today, so they can focus on their core public safety responsibilities," Grewal added.

The state will also look into the idea of licensing police officers, a process likely to include improved, coordinated training procedures. And cops deemed at-risk of crossing the line will be targeted for extra help before there’s an offense.

Prosecutors are also being called on to ensure that evidence is fully shared with defense lawyers in cases involving alleged police misconduct.