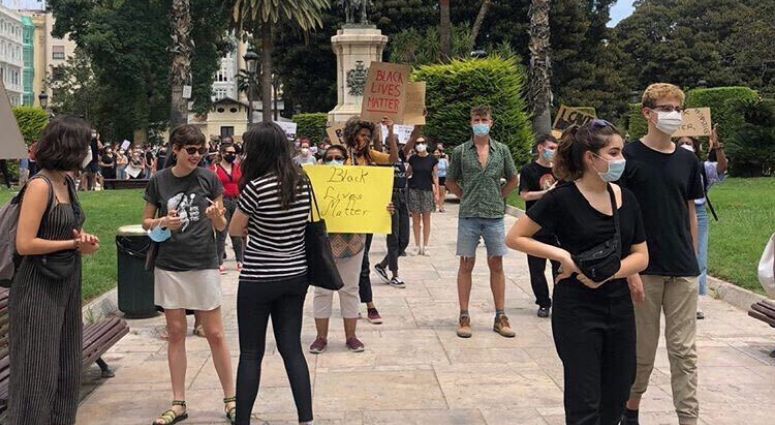 June 7, 2020 06/07/2020 10:03 pm
PHILADELPHIA (KYW Newsradio) — The protests to end racial injustice and police brutality have spread across the world, and a Philly native living in Spain recently participated in one such demonstration.

"Even though I'm far away I feel pretty closely connected," said Shannon Hurley, a cultural and language assistant living in Valencia, Spain.

"In Spain, it's very much part of their culture to allow peaceful protesting and they are really proud of it," explained Hurley, "and Spanish citizens do it all the time so they treated us the same way."

Hurley connected with people through Facebook and WhatsApp groups.

"It just said the essentials, where to meet and the time," she recounted, "and bring a sign and a mask and hand sanitizer.”

Hurley said protesters met at a park and marched a couple blocks to the U.S. consulate. She recalled the protest was a shocking contrast to what she had been seeing in the U.S.

"The organizers talked to the police and they said, 'Okay, sounds good,'" she said. "And they jumped in their cars, blocked off the streets and peacefully escorted us, with their lights going, drove in front, really slowly."

People made signs in both Spanish and English, Hurley said, so everyone knew what they were protesting.