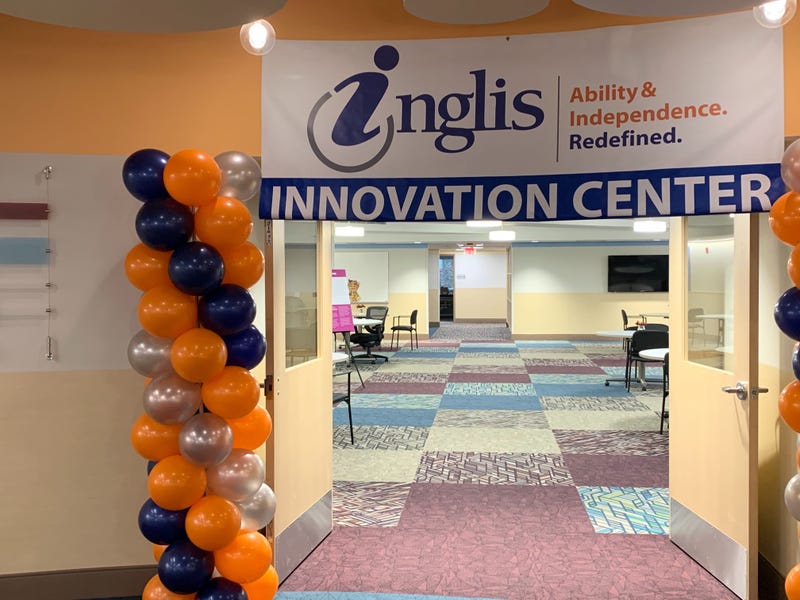 December 22, 2019 12/22/2019 9:30 am
PHILADELPHIA (KYW Newsradio) — A nonprofit in West Philadelphia just got a new addition to help improve the lives of people with disabilities.

"It is about 15,000 square feet of really fun space that has been designed specifically to be accessible for people who utilize wheelchairs," explained Roth, "but who have other disabilities as well."

The Innovation Center has its own adaptive technology section.

"We have a research and development lab as well as an assessment space and a community computing lab for people who live independently with disabilities," said Roth.

The center even has a 4-D printer, which was used at that moment to create handles to make using utensils easier.

There's a peer program in the center where the individuals with disabilities match with a certified peer specialist who has been through similar experiences. They offer support, including helping to cope with feelings of depression or isolation.

A connections services is also offered.

"It's an adult day service, but it's enhanced with bathing and nursing and technology that enables people who come for day program to really have a wonderful place to go," said Roth.

That includes a shower and kitchen big enough to accommodate for wheelchairs.

"It's going to be special that we're able to have this space," said Linda Litton who lives at Inglis.

Roth shared a few stories of how the lives of members of the Inglis community have improved because of the technology at their disposal.

"We have an example of a gentleman who, because of multiple sclerosis, has lost his ability to move any of his body," said Roth. "He was an accountant. Our adaptive tech people worked with him and he's now back able to do tax returns for people using voice technology and he says that's life-changing for him, not just being able to make some income, but because he has purpose."

"We have a woman, she lives in Inglis House. Melanie had, I believe, a stroke and she, today, is really not able to speak or move any of her body except her eyes," Roth said. "Today she is the most proficient eye-gaze technology person that we have. She now emails her care providers, she's also a really great QVC shopper. It's how long she gazes on a particular letter or cursor on the computer and that gives it its command."

Inglis plans to introduce more services for the Innovation Center in 2020.