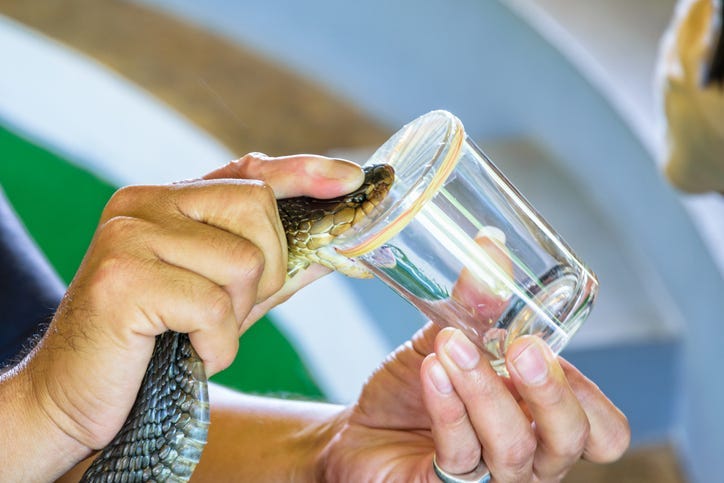 A Vineland, New Jersey man was arrested after he was found passed out while driving himself to the hospital last month, suffering from a poisonous snake bite. Upon investigation, police found that the man owned 15 poisonous snakes and 30 tarantulas.

No word on whether creepy clowns jumped out when the police went to investigate that house of phobias, although given the fact that a phobia is an irrational fear, cobra bites and arrests for keeping cobras are not phobias because they may not be irrational.

While there is no federal law that prohibits the keeping of  venomous snakes, state laws vary.

Some states have no prohibitions at all on snake ownership, while others regulate venomous snakes under what they call their exotic wildlife statutes, in which owners must register with the game warden. And some states ban ownership of venomous snakes completely.

Go to reptilelaws.org to find out your state law, but remember, even if you're not breaking the law by keeping a venomous snake in your state, sometimes getting arrested is not the only thing that can come back to bite you.