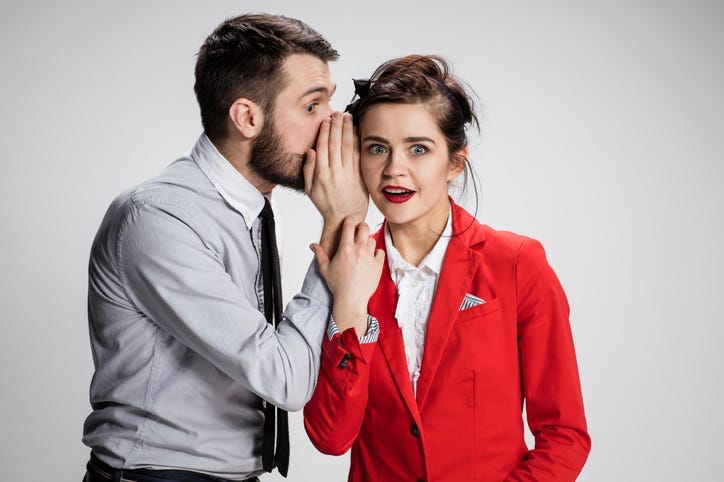 A woman at a Virginia consulting firm received six promotions in two years. Male colleagues began circulating rumors that she'd slept with the boss, and she said they treated her with open contempt.

She filed a complaint with the company's HR department and was ultimately fired, while none of her male coworkers were disciplined.

But she appealed and the Court of Appeals sided with her, stating that traditional negative stereotypes about how women get ahead is different from what people think when men are promoted. So, rumors about women sleeping their way to the top can be considered sex discrimination.

If you think your boss doesn't deserve her position, focus on her work performance, not her sexual performance.