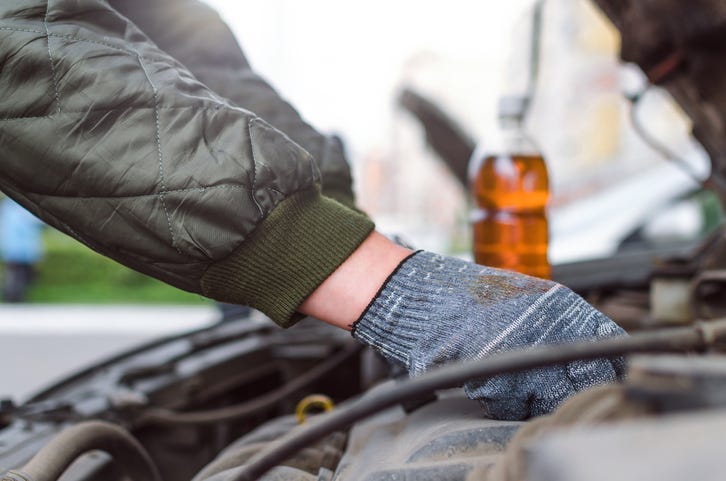 A British motorist was pulled over by police for driving a car that had no bumper, no headlights, and a flat tire. When he stopped, police noticed that inside the car, he was sitting on a tin bucket and steering the car with a pair of pliers.

British police called it the most unroadworthy car they'd ever seen.

To keep your car roadworthy by American standards, you have to get it inspected every year. Doesn't it seem like the shop always finds something?

What does the motor vehicle code say about what passes or fails?

While state laws differ, to pass inspection, your car needs working lights including head-, license plate- and brake-lights, mirrors to see behind you and other working features on the car, including turn signals, wipers, unbroken glass, tires that are in good shape, bumpers, defrosters and brakes. You will also need to prove that you have insurance.

Most vehicle codes don't specifically mention the seats, probably because you shouldn't have to remind people that they need them.