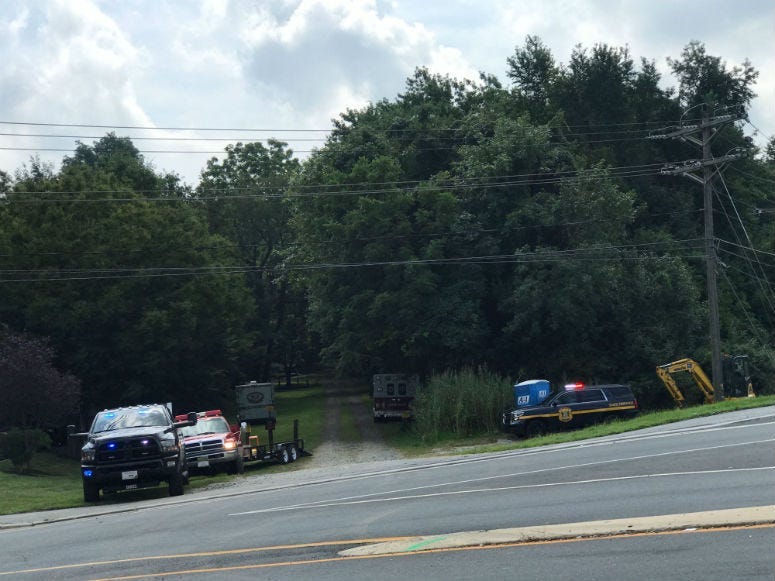 NEW CASTLE, Del. (KYW Newsradio) — The National Transportation Safety Board and the Federal Aviation Administration are investigating a plane crash that left two people dead in Delaware Sunday morning.
The plane crashed in a wooded area off of Route 7.

URGENT: In #Delaware a small plane crash in the woods north of this interchange where Rt 7 meets I-95 north of the @ChristianaMall. Heavy presence now from first responders & other personnel; avoid Rt t NB just south of @DelawarePark#KYWTrafficWatch @KYWNewsradio pic.twitter.com/AY0TaEn22J

"The two occupants, the pilot and a passenger, had been pronounced deceased at the scene," Master Cpl. Melissa Jaffe said.

On Monday, Delaware State Police identified the individuals who died in the crash: The pilot was 52-year-old Terrence Daniels of Philadelphia, and the instructor was 79-year-old Albert Dohring of Middletown, Delaware.

She said around 9 a.m., the twin engine plane, registered to a Philadelphia resident, took off from a runway at the New Castle Airport.

The pilot almost immediately notified air traffic control that they needed to return to the airport. After that, the plane crashed just 2 miles away from the runway.

Several agencies responded to the scene, "including 12 fire departments along with DNREC and a division of forensic science," Jaffe explained.

Authorities are still investigating what caused the plane to go down.

On Aug. 8, three passengers also died in a similar small plane crash in Upper Moreland Township. A family of three — a husband, wife and their daughter — died in the crash, which went down in a resident's backyard.