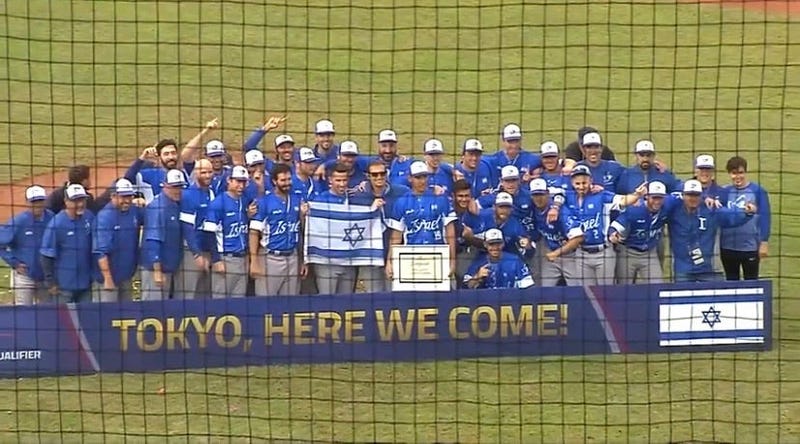 March 16, 2020 03/16/2020 1:07 am
PHILADELPHIA (KYW Newsradio) — If you've seen the movie "Cool Runnings," you know all about the Jamaican atheletes who defied odds by competing in the Olympics. Well, a similar story is currently being told in the form of Israeli baseball.

"Absolutely, people kind of looked at us like the Jamaica bobsled team," said Israel's manager Eric Holtz. He'll take a break from preparation for the Tokyo games to appear at Beth Or synagogue in Ambler on March 22.

"I'm going to come down and talk to people about where we started and how this happened and what it meant for me to be a Jewish guy that was able to compete against teams like Germany in Germany, and how special that was to beat Germany for the six million Jews," he shared.

Holtz said the whole experience has felt incredible. "Every couple days I kind of pinch myself and wonder if this is really happening," he admitted.

Joining Holtz will be outfielder Jake Rosenberg, a Lower Merion native. He says he's been getting lots of love from his hometown.

"The suburbs of Philly, it's a big, Jewish community so a lot of people, they visit Israel all the time so they know what's going on, they're big baseball fans," he said. "There's a lot of support, absolutely."

Rosenberg said he's kept his hometown in mind through the entire journey. "Representing the Philadelphia area means a lot," he said. "How many people can you say played in the Olympics for baseball who grew up in Philadelphia? It's a once in a lifetime oppurtnity."

This is the first time Israel is sending a team sport to the Olympics in over 40 years.