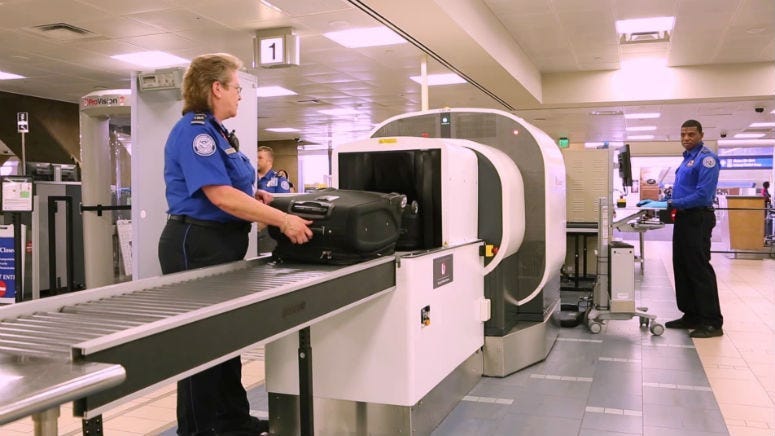 In recent days, some of the most critical players in commercial air travel have expressed concern over understaffing, delayed payments and stress brought on by government furloughs.

Their worries invite an uneasy question: Is air travel as safe as usual during the shutdown?

Yes, and here's why

Safety is in everyone's interest

Here's the bottom line: No one wants air travel to be unsafe. Not travelers, not government employees, not agencies, not air carriers, no one. To that end, while a government shutdown affects a lot of aspects of air transportation, safety is prioritized above all.

"This has happened before, time and time again, and agencies know who has to be there to guarantee safety and security and who doesn't," she added. "If you are needed to perform an important safety function, you will work and you accepted that responsibility when you took the job."

While fatigue, stress and going without a paycheck are certainly serious issues, Schiavo says they shouldn't contribute to a purposeful dip in efficacy.

"I would never assume without evidence that federal employees are doing everything to jeopardize the safety and security of the public -- for instance, being negligent or sloppy on the job," she said. "Most government workers are dedicated public servants who love their country."

A TSA spokesman said Wednesday that security at checkpoints across the country is just as effective as ever and average wait times are within TSA standards.

"Security standards will NOT and have NOT been compromised," said Michael Bilello, TSA assistant administrator for public affairs, on Twitter.

Airlines are keeping up with their safety checks

Former TSA Board member and independent safety consultant John Goglia points out that some procedures usually carried out by the FAA, such as aircraft inspections, are mirrored by airlines' internal procedures.

And while the FAA may be understaffed, there's no reason to suspect airlines would slack on any safety or maintenance measures, he says.

"Carriers would be absolutely crazy to be irresponsible now," Goglia told CNN. "When the government gets back, I'm sure there are going to be a number of audits done. And maintenance inspectors will be back, and they will be looking over what [other inspectors] did in their absence."

"I am working with one of those carriers right now," he said. "And I can tell you there is absolutely no change in their operations."

Measures are in place to keep things running securely

As CNN first reported, concerns have been raised in the past week about the number of call-outs among TSA employees, who are considered "accepted" personnel -- they have to report to work but will not be paid until the government reopens. The Air Traffic Controllers Union, Aviation Safety Inspectors Union and various other groups and air travel experts have issued statements condemning the various consequences of the shutdown.

For now, experts say these consequences -- stress, no pay and fewer resources -- do not effect the end goal of safety.

"Departments will operate in a safe and secure manner, even if it means cutting back," Schiavo said. For instance, even if TSA staffing is hobbled by the shutdown, airports can limit the number of open TSA lanes to make sure screenings aren't affected, she said.

And instead of dealing with more planes than they could handle at one time, air traffic controllers can regulate the flow of aircraft coming or going from an airport.

"They may increase the separation between planes, they may restrict the number of flights, but they will make it work," Schiavo said.

But there are still consequences, for travelers and employees

For travelers, delays and scheduling uncertainty

Experts say longer security lines and flight delays are the two biggest problems flyers may face -- and the delays may not always come when people expect them.

"These delays can be felt in many ways," Schiavo said. "For example, you may have trouble with connecting flights if your initial flight is delayed. Also, you're not going to be allowed a takeoff until they have a landing spot at your destination airport. That's the way it works. And if an airport has a shortage of workers, and your destination airport has a delay in flow control, you may have to wait."

Schiavo says she hasn't really seen these kinds of issues manifest themselves yet. But just in case she recommends having backup travel plans and getting to the airport really, really early.

For employees, no pay and a higher workload

While "essential" or "accepted" government workers will eventually get paid, that's little comfort when you've gone weeks without a paycheck. Sometimes that leaves workers no choice.

"Some of those people, like many Americans, are working paycheck to paycheck, and when they stop getting paid they need to find somewhere else to work," says Goglia.

In an opinion article for CNN, a retired airline pilot points out that furloughed employees may not legally be considered "essential" to operations but they often defray the responsibilities of their essential co-workers.

"Some of the Federal Aviation Administration staff members who support [air traffic] controllers may not be available," writes Les Abend.

"New controllers who are learning the ropes often help veteran controllers with routine tasks. Unfortunately, the new kids have been furloughed. Adding insult to injury, the Oklahoma City training academy for controllers has closed during the shutdown, meaning the problem of chronic understaffing won't get better soon."

And over time things could become less safe

Also, just because air travel is still safe now does not mean that a prolonged government shutdown wouldn't have a potentially dangerous impact.

Issues like understaffing and employees quitting will only get worse with time. Other issues that aren't a problem now may be in the future.

For instance, while the government is shut down pilots can't get their licenses renewed and new air traffic controllers and other critical positions can't be trained to assume their roles. Schiavo says that's not a problem for now -- pilots typically don't wait until the last moment to renew, and it takes months to train new air traffic controllers.

If the shutdown drags on, however, eventually there could be problems.

"At this point in time, the traveling public has not anything to be concerned about," says Goglia. "Three months from now, I might not say that."