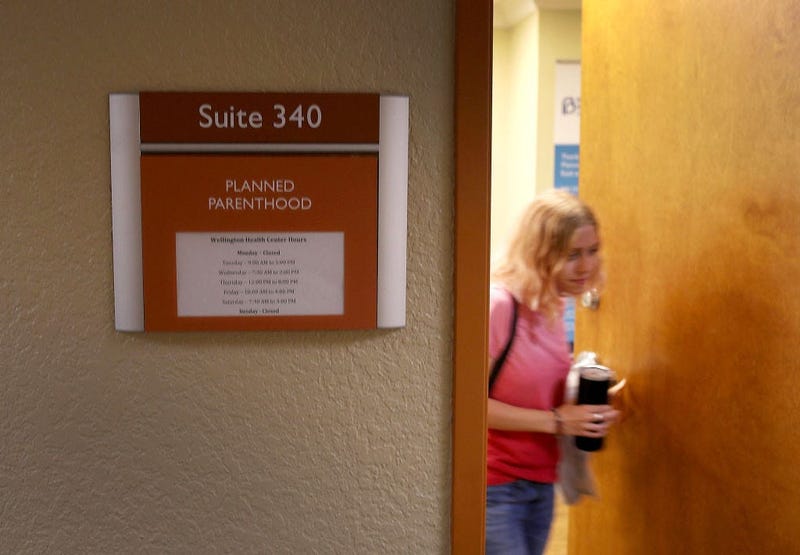 February 4, 2019 02/04/2019 4:17 pm
By Jacqueline Howard
(CNN) — There was a significant increase in women with commercial insurance getting long-acting reversible contraception, or LARC, in the month after the 2016 presidential election, according to a new research paper.

It was long speculated that women were rushing to get LARC methods — such as intrauterine devices, often called IUDs, and implants — because of President Trump, but the paper, published in the journal JAMA Internal Medicine on Monday, provides new evidence.

Women may have been on the hunt for reversible birth control that could last through a Trump presidency because throughout his campaign, Trump promised to repeal the Affordable Care Act.

The ACA mandates that insurers in the health insurance marketplace provide coverage for all Food and Drug Administration-approved contraceptive methods with no copayment or coinsurance when provided in-network.

In November, the Trump administration issued two final rules providing employers more flexibility with exemptions to deny women insurance coverage for birth control. Then, in January, a Pennsylvania district court judge issued a nationwide injunction preventing the administration from implementing the changes, which would have allowed more employers to get exemptions from the ACA's requirement to provide insurance coverage for birth control with no copay.

"Our findings could reflect a response to fears of losing contraceptive coverage because of President Trump's opposition to the ACA or an association of the 2016 election with reproductive intentions or LARC awareness," the researchers wrote in the new paper.

When it comes to the increased rate of LARC insertions they saw, they wrote, "If our findings were projected to the approximately 33 million women in the United States aged 18 to 45 years in 2016 with employer-sponsored health insurance, this rate would correspond to approximately 700 additional insertions per day in association with the 2016 election."

The researchers took a close look at women 18 to 45 who were enrolled in commercial insurance during the 30 business days before and after Nov. 8 in 2015 or 2016. The women had at least 12 months of continuous enrollment.

The researchers also used billing codes to calculate daily insertion rates of long-acting reversible contraception during the 30 business days before, including on, and after Nov. 8 in 2015 and 2016.

The paper had some limitations, including that it used data only on women with commercial insurance, so the findings may not generalize to women with public insurance or no insurance. Also, the study did not examine whether the increase in LARC insertions continued over a longer time period or resulted in any public health significance.

The researchers also noted conflicts of interest in the paper, including that some have provided public comment, participated in a legal brief or provided written expert testimony on proposed regulations or legislation relating to reproductive health care.

Overall, the new findings seem to support what has been surmised. For instance, in 2017, Cecile Richards, then-president of Planned Parenthood, told CNN's Christiane Amanpour that the number of women trying to get into Planned Parenthood to get an IUD had gone up 900 percent since the election.

"They are desperately concerned that they might lose their access to health care," Richards said, but she didn't give the exact number of women who called before and after election day.

In general, 64.9 percent of women ages 15 to 49 in the United States were using some type of contraception between 2015 and 2017 in the month they were interviewed for a national survey, according to a report published in December by the U.S. Centers for Disease Control and Prevention. Among them, 10.3 percent of respondents were using long-acting reversible contraceptives.

Long-acting reversible contraceptives, such as IUDs, don't protect against sexually transmitted infections. Users still need a condom to reduce the chance of getting or spreading an STI.

IUDs can be expensive up front. Some insurance and Medicaid cover them completely or at a low cost to users, but others may not. On the high end, an IUD can cost up to $1,300. That price includes the medical exam and a follow-up visit, and because they can last so long, the price spreads out over time.