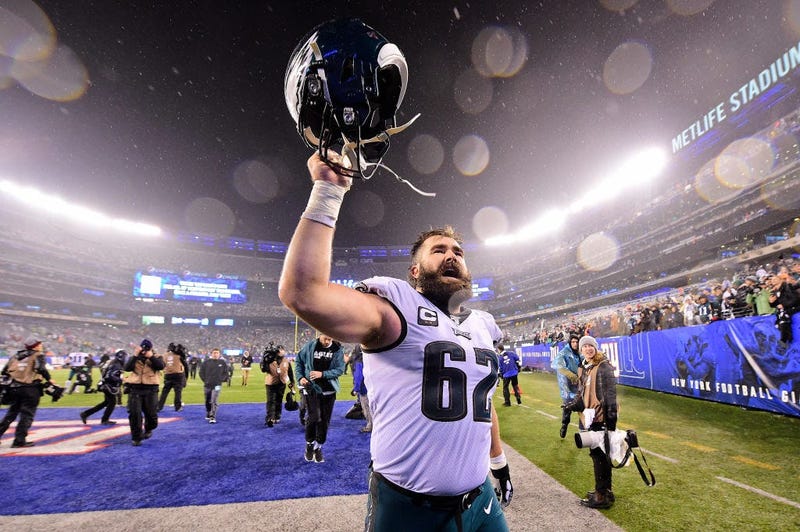 PHILADELPHIA (KYW Newsradio) — The Eagles 2020 training camp has been unlike any other, but you won't hear any complaints from Jason Kelce.

The Eagles' center is back with his teammates at the NovaCare Complex. It’s been a gradual climb in the team's workload with less hitting at this stage of camp due to safety restrictions in place.

Despite the precautions, which include social distancing, Kelce said the team is focused and will be ready to go when the season kicks off on Sept. 13 in Washington.

"They’re some time restraints leading up in this whole acclimation period which is very different," he said. "But I think everybody’s excited to get out there and get back to playing football for sure."

Kelce and the rest of the NFL players had the option of opting out for the season, and 67 players decided to sit out the 2020 campaign. Kelce said he has great respect for both the players who have opted out and the league for giving the players a choice.

However, sitting out the season was never on Kelce's radar.

"I feel like I have a responsibility," Kelce said. "Not just to my family, but to an entire organization and entire career of people who have gone through great lengths to put this thing together to at least go out there and try and make it happen."

In a non-pandemic world, the Eagles would be getting ready for their first preseason game on Thursday. The busiest days of training camp would be in the rear-view mirror and practices in pads would have resulted in some of the most intense workdays of the summer.

Instead, Kelce and his teammates continue to follow the rules in place to keep safe with the hopes of remaining healthy throughout the season and beyond.

Even with college football conferences canceling their seasons, the Eagles and the rest of the NFL are optimistic they will be able to play their entire schedule this fall.  For Kelce, the return to football has served as a great escape from the reality of the pandemic.

"Normalcy has been almost therapeutic in some regards," Kelce said. "This whole experience has really made me appreciate just how awesome it is to be able to come in here and to be able to have the ability to make these decisions and to come to work with a group of people and a group of teammates.”