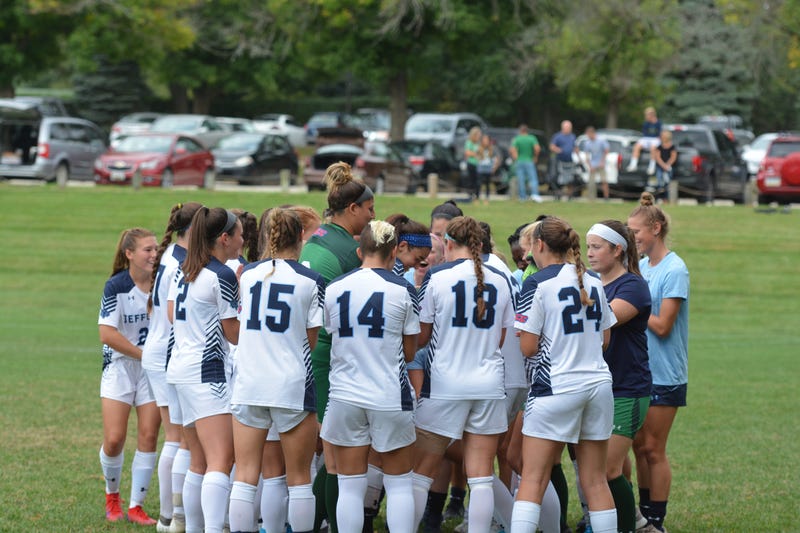 The Rams have won a program record 11 games in a row after an 0-3 start to the season. They have outscored opponents 46-3 during this streak. Their most recent win came against the reigning national champion Bridgeport this past Wednesday by a score of 4-0.

Jefferson (11-3, 10-0 in the Central Atlantic Collegiate Conference) is having all this success under a first-year head coach. Socrates Nicolaidis was an assistant for the Rams last season before taking over the program this year.

"The girls have really caught on to our philosophy and our methodologies, and are starting to believe in the process, which is more important," Nicolaidis told KYW Newsradio about their success.

"It's a philosophy that we want to keep the ball as much as possible," he said. "But at the same time, as soon as we lose the ball, our intent is to hunt the ball like a pack of wolves. That is very disturbing for the opposition because we don't let them rest. We exhaust them. So we press, and then when we get the ball, we play forward as quickly as possible in the attacking third."

Nicolaidis is also quick to credit former head coach George Dunbar, who retired after last season, with helping to lay the foundation of this year's success.

"Coach Dunbar brought in a fantastic recruiting class with his former assistant Rich Owen," he said. "I have to tell you, this recruiting class has been amazing. We had five freshmen start (in Wednesday's win over Bridgeport)."

One of those freshmen is Laural Erick who is second on the team with 11 goals and tops on the squad with six assists. Senior forward MaryKate Ulmer, a Williamstown, New Jersey native, leads the team with 13 goals. In goal, graduate student Erin Tinneny, a Perkiomen Valley High School product, has allowed just five goals in eleven starts.

Jefferson will look for a 12th straight win Saturday when the Rams visit Caldwell.