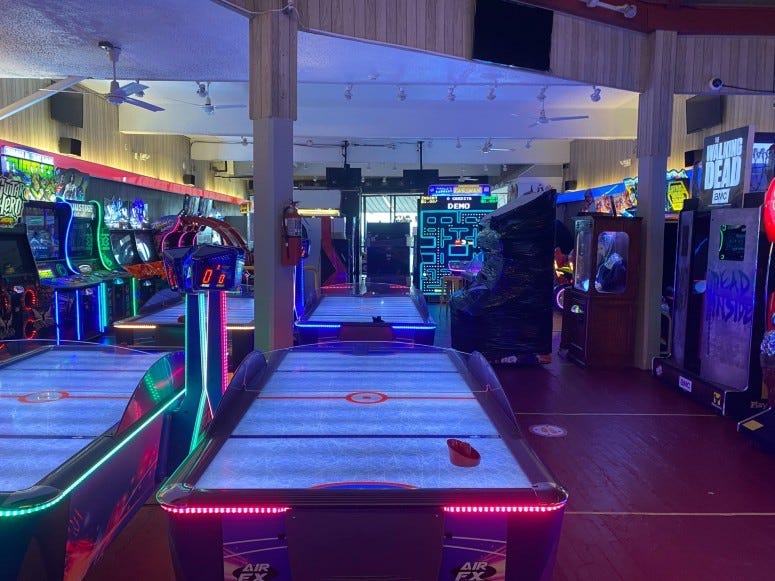 OCEAN CITY, N.J. (KYW Newsradio) — Thursday is a big day down the shore as casinos and amusement parks are allowed to reopen in New Jersey. Not to get lost in the shuffle are arcades, which can open up again as well.

Randy Levchuk, director of operations at Jilly’s Arcade on the Ocean City Boardwalk, says his customers are well aware their doors have been closed.

For starters, there will be less gamers inside as arcades open at limited capacity.

Then there are all the adjustments we’ve become accustomed to, such as masks, social distancing and hand sanitizing.

“We’ve obviously put sanitizing stations throughout the arcade, we’ve marked the floor with 6 foot social distancing markers,” added Levchuk. “Certain machines, like the Skee-Ball machines that are really close to each other, we’re closing off every other alley.”

Big day down the shore Thursday as casinos, amusement parks and arcades like JiLLy’s here on the Ocean City Boardwalk reopen. We got an inside look at the safety measures being taken @KYWNewsradio pic.twitter.com/VxrWkacd7f

And he says they’ll be doing plenty of cleaning as well.

“The chemical is 99.95% protective about killing any type of virus or anything like that,” said Levchuk. “We’ve sprayed the basketballs, the footballs, the Skee-Balls, you name it. Any area that can be touched by the patrons has been sprayed already.”

Levchuk is “really excited” to open, saying the boardwalk has not been the same without arcades.

“To me, this place being closed, it’s not normal,” he said. “We’re normally (open) 24 hours a day in the summertime and being closed 24 hours instead of open 24 hours, I think it’s a big, mental toll for a lot of people that really use this place as a sense of getaway.”

Levchuk knows not everyone is going to feel comfortable coming to his or other arcades right away and hopes those people will at least come and look in from the outside so they can see the safety measures being taken for themselves.