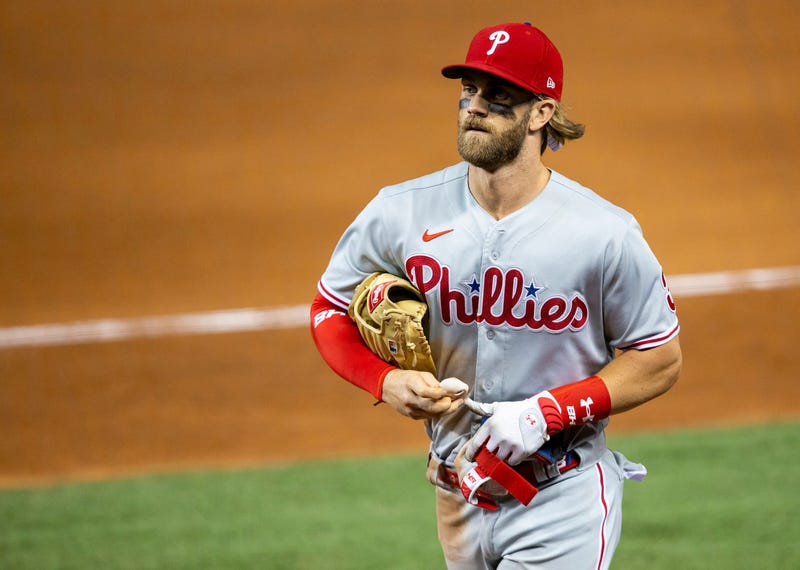 They went from sitting in second place in the National League East — within striking distance of first-place Atlanta — to falling into one of the two wild card spots in the eight-team National League playoff field. And in the process, they caught the injury bug at the most inopportune time.

"I think it would be non-human to not be frustrated, but obviously we’re still in a sense in control of our own destiny to get to the playoffs, and our guys can’t forget that," Phillies Manager Joe Girardi said Monday after losing to the Marlins again, this time 6-2.

#Phillies Manager Joe Girardi after dropping 5 of 7 to the #Marlins (8 of 12 dating back to earlier this month):"we're still in a sense in control of our own destiny to get to the playoffs." @KYWNewsradio pic.twitter.com/e36oFeir1l

Not only did the Phils go 2-5 in their extremely important series in South Florida, but they’ve lost eight out of their last 12 games after winning 10 out of 11.

Meantime, how does being without Rhys Hoskins for most of the remaining 14 games sound? What about an uncertain timeline for J.T. Realmuto?

Hoskins hurt his left UCL over the weekend, just about the same time Realmuto suffered what Girardi called a mild strain of his left hip flexor. Realmuto described it as discomfort in the hip/upper quad area.

After losing 6-2 to the #Marlins Monday, #Phillies Manager Joe Girardi had injury updates for the media. Some of it was good. Some wasn't. @KYWNewsradio pic.twitter.com/xzo3uDPVFF

#Phillies catcher J.T. Realmuto has missed the last three games with discomfort around his hip-upper quad area. He's not going on the injured list, and hopes it improves enough so he can return soon. pic.twitter.com/JGoNvZehEq

Tuesday night, the Phillies will begin another massive series against the New York Mets at Citizens Bank Park. As with the last three games, Girardi is going to be without his No. 2 hitter — and, likely, his No. 4 guy.

“It’s not gonna get any easier, but I mean that’s baseball. And this is what it is. And that’s why this game can be so frustrating sometimes, because you get in these roller coasters,” Girardi said.

Roller coasters are supposed to be fun. It’s hard to say that about the last 12 games.

Realmuto, who is in the final year of a contract, is a gamer and someone who hates to have even one day off. But he understands what’s responsible for him. He said weighing being there for the team and factoring in his future “kinda coincide with each other.”

“It doesn’t really benefit the team any for me to get out there before I’m ready, because all that causes is me to get out there and maybe make this injury worse, and then I miss the rest of the season. So it’s really in the best interest of myself and of the team for us to be on the same page and wait til this thing is right before I go out there and push it too much.”

The Phillies haven’t played postseason baseball since 2011. For at least the 2020 season, baseball expanded the playoff field to eight teams in each league — the first- and second-place teams in the three divisions, and two wild card squads who have the best records among the remaining franchises. Despite all the hurdles the Phils have dealt with this season, it would be disappointing for this club not to at least make the National League field.

While Girardi was trying to remain positive, Realmuto offered one of the more sensible postgame comments.

“Right now we’re in a playoff spot, and we really haven’t played very well, so we just need to play better,” the All-Star catcher said.

Presently, Miami would be the 5-seed. Gabe Kapler’s Giants are in the 8-spot, a half game back of the Phils. The Cincinnati Reds — the first team on the outside looking in — is 1 1/2 behind the Phillies.

The Phillies need to find a different roller coaster. The one they’re on now lacks the thrill of October, and doesn’t offer a fun opportunity for a smiling photo at the end.

“We’ve bounced back before,” Girardi said, “and we need to do it again.”