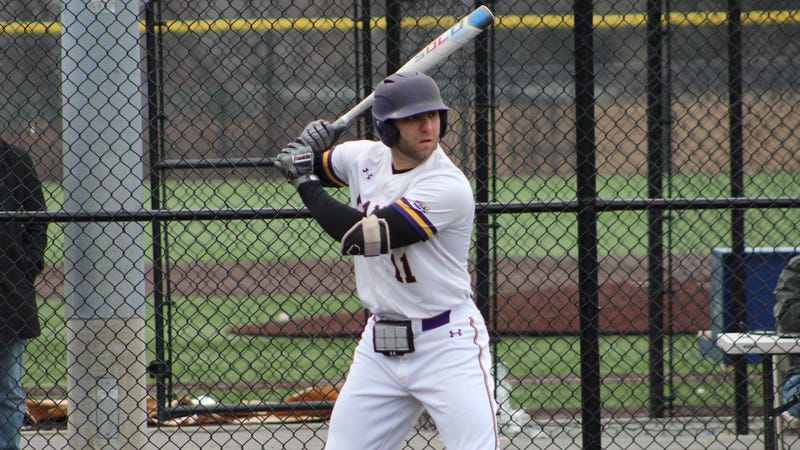 PHILADELPHIA (KYW Newsradio) — The West Chester University baseball team is getting ready for the Pennsylvania State Athletic Conference tournament, which begins on Wednesday.

The Golden Rams are the No. 2 seed, and they will open up against California University of Pennsylvania Wednesday morning.

West Chester (29-13) brings a seven-game winning streak into the post-season — a streak that has seen some history sprinkled in with it.

This past Friday, in a 4-3 win over Bloomsburg, senior first baseman Joe Zirolli hit his 14th long ball of the season, which broke the program single season record for home runs — a record he had shared with Nick Ward (2018), Matt Baer (2010) and Blair Dameron (2009).

"Being among those guys, it is very humbling," Zirolli said. "Great respect to those guys, and I couldn't be more honored to have my name right with them."

Zirolli's homer came with two outs and nobody on base in the bottom of the fifth. It gave West Chester a 4-0 lead.

"It was a very high one," he remembered. "It wasn't one of the ones where it's 40, 50 feet over the fence. I hit it really high and for a second the left fielder mis-tracked it; he went back to the wall and then he actually started to come in just a little bit, but it cleared the fence by about 5 to 10 feet.

"I knew it was out the whole time, but the left-fielder kind of decked everybody else."

Zirolli said he had the biggest smile on his face during that that historic trip around the bases.

"Going around second, I saw some of the players outside the dugout just waving and jumping up and down. Then when I got back to the dugout, they actually gave me the silent treatment. I came in and everybody was sitting on the bench not looking at me, and that's when I started laughing and then they all got up and started going crazy."

Zirolli, who transferred to West Chester from Campbell University, is hitting .336 this season with a team best 55 runs batted in.