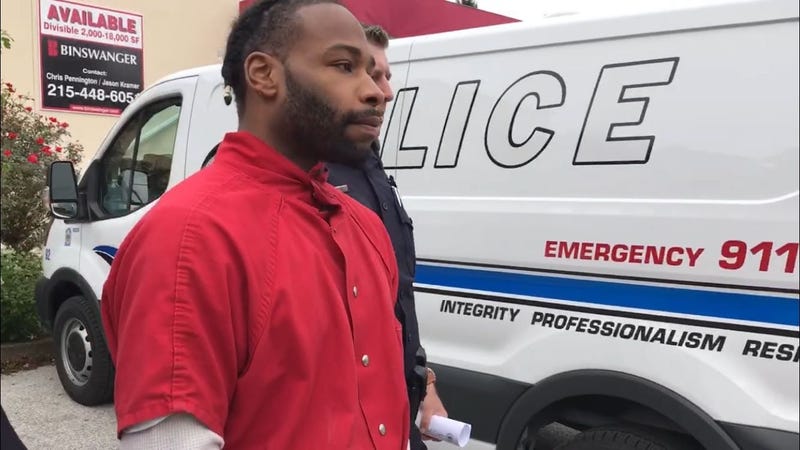 PHILADELPHIA (KYW Newsradio) — Jonathan Harris, the man found guilty of first-degree murder for beating, strangling and killing a one-time Playboy model in her Ardmore condo last summer, has been sentenced to life, plus an additional 22.5 to 45 years in prison.

Authorities say 36-year-old Christina Kraft took a Lyft with Harris from Center City to her condo near Suburban Square around 3 a.m. on Aug. 22, 2018. Surveillance video shows him entering her building, but he was never seen leaving.

Harris said he went to Kraft's apartment to sell her cocaine. He told investigators that they had sex, and afterward, she refused to pay him for the drugs.

Police found Kraft's body in her bedroom that morning.

During the sentencing hearing Tuesday, Kraft’s fiance, Alex Ciccotelli, told the 6-foot-1-inch, 190-pound Harris that he killed a defenseless, 115-pound woman who was loved by everyone she had ever met. He also told Harris that, not only did he kill Kraft, he also slandered her by trying to claim it was drug deal gone bad.

"The notion that this was a drug deal gone wrong was ludicrous to all of us who knew her," said Ciccotelli. "She didn’t do drugs."

Montgomery County Judge William Carpenter said he added the extra years to Harris' life sentence to send a message to any future governors or pardons boards who might consider letting Harris out.

Harris, who has been in and out of prison since 2004, was released from state prison one month before he killed Kraft. Ciccotelli said Harris never should have been out and unsupervised.

"He should have had an ankle bracelet. He should have been monitored to make sure he assimilated back into society," he said. "As a society, we’re setting ourselves up for failure by letting scenarios like this transpire."

During the hearing, Harris told Kraft’s family that drugs ruined his life, adding if he could trade his life for hers, he would. He also told them he’s not evil, and he never intended for this to happen.

After the hearing, when asked whether or not drugs were involved, Harris remained silent and declined to answer.